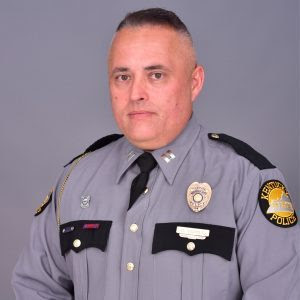 According to a news release, Caudill is a 15-year veteran who began his career with Kentucky State Police as a member of Cadet Class 86 in 2007. Caudill is a native of Harlan County and resides here with his wife Carrissa. He was promoted to Sergeant in 2015 and assigned to Kentucky State Police Post 6, Dry Ridge, before returning to KSP Post 10, Harlan. In 2018, Caudill was promoted to Lieutenant and assigned to Post 16, Henderson, and then Post 10, Harlan. A promotion to Captain in 2020 saw Caudill assigned to Post 8, Morehead, and later serving as Captain at Post 11, London.