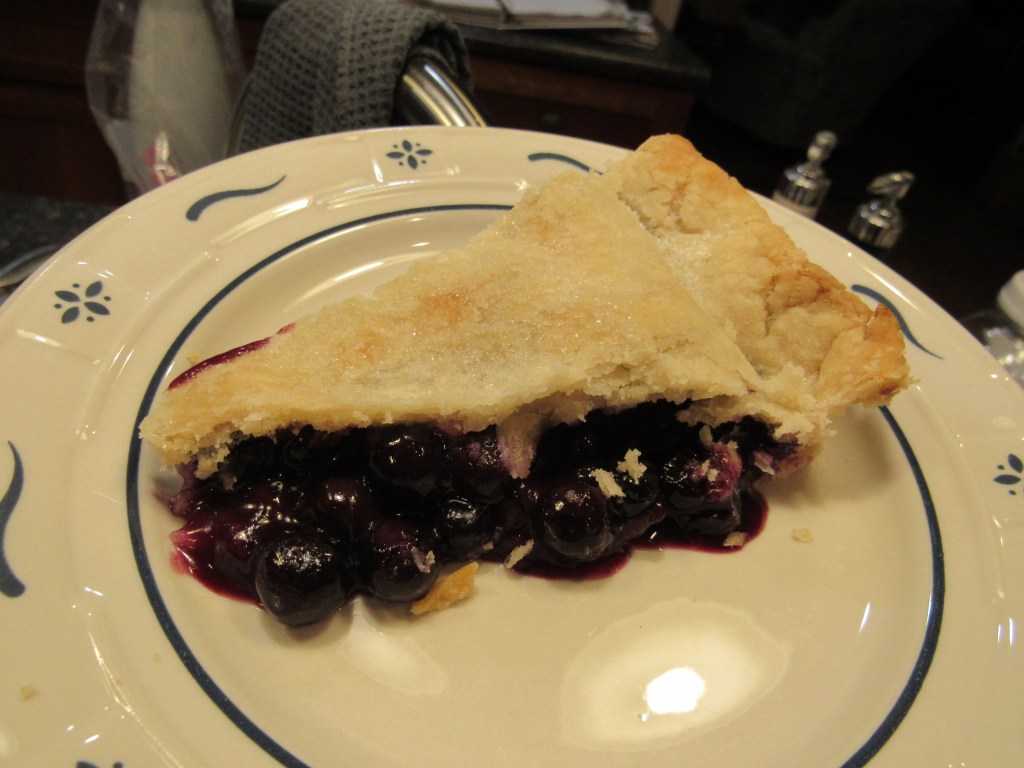 Since we had blueberries coming out of our ears, we ate them, froze them, and baked with them.

I found this recipe that a former co-worker, Sally, gave me a few years ago and knew I had to make it.

Sally’s husband makes the pie, and her note on the recipe states, “It’s pretty tasty!”

The blueberries were picked, rinsed, dried, and sitting on the counter waiting for me to use.

The recipe said it makes two pies or one cobbler, but I opted to make one deep dish pie and see what happened. Instead of using store-bought crust, I prepared two batches of my homemade pie crust. I placed the first crust on one of my numerous pie plates and covered it with a dish towel so it would not dry out. I left the rest of the crust in a bowl until I was ready to place it on top of the pie.

The filling was a breeze to put together. The 6 cups of berries went into a large bowl, and I cut the tablespoon of butter into little pieces and dropped them on top of the berries. Then I added the remaining ingredients and gently stirred them to coat the blueberries.

I poured the mixture into the deep-dish crust, and it fit perfectly. After rolling out the top crust, I put it on top of the berries, crimped the edges, and sprinkled a little bit of sugar on top.

Into the oven, the pie went, and after 50 minutes, it was ready. I let it cool a little before we sliced it into it for our evening dessert. The filling ran a little, and I figured that was because it was still a bit hot.

Brad and I both had a small piece of pie and loved it. The blueberry flavor of our home-grown berries put this pie over the top.

The next day the filling was still a bit runny, so I decided this was more like a cobbler than a pie. I think of pie as having a firmer filling. But really, who cares if you call it pie or cobbler? It’s delicious either way, and I can’t wait to have it again.

I’m so glad I finally tried making this pie. But Sally was wrong; it wasn’t pretty tasty. It was delicious. So delicious that I shared a big slice with my friend and relative, Jo Gravett, and she agreed with our assessment.

Thanks for sharing, Sally (and Doug).

Makes two pies or one cobbler. Use a pie shell for top and bottom.

For filling toss together: 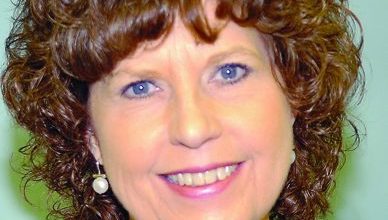