Harlan City Police come to aid of nearby police agency 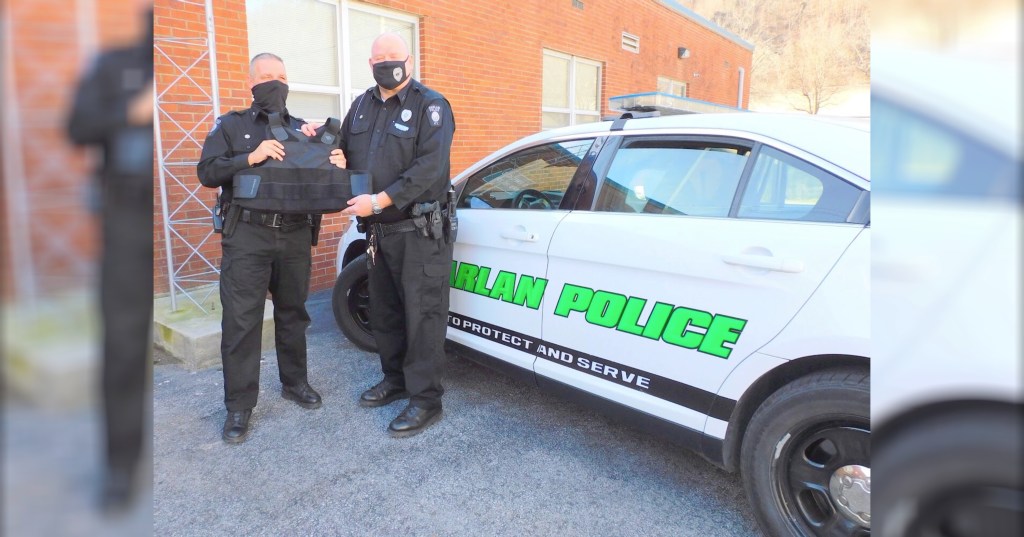 The Harlan City Police Department recently came to the aid of another nearby police department that had suffered vehicle losses due to extensive flooding, loaning the stricken department a pair of police cruisers.

“During the flood, the counties that were worse affected like Knox County, Letcher County, and Perry County had lost a lot of equipment and property just like individuals did,” Yeary said. “The Whitesburg Police Department lost cruisers during the flood.”

Yeary said the loss of the cruisers created a problem for the Whitesburg City Police Department.

“Their assistant chief had posted on Facebook that they needed assistance, and if anybody could loan them any cars, they would appreciate it,” Yeary said.

According to Yeary, he spoke with Harlan City Mayor Joe Meadors about the situation in Whitesburg.

“I contacted the Mayor,” Yeary said. “We talked about it, and he told me to do whatever I needed to do to help them.”

Luckily, the Harlan City Police Department had a pair of police cruisers they could do without for a while.

“We had two spare cars we could loan them,” Yeary said. “We ran the cars over there and told them whenever they were done with them, just give us a holler and we’ll come back and get them.”

Yeary mentioned the two departments have a history of helping each other out.

“We have a good relationship,” Yeary said. “Policing is a small circle…We meet other officers at other departments through investigations and training. They’ve helped us in the past. We had a pursuit here about three years ago that started in Harlan. We went through downtown Whitesburg and ended up back in Harlan County. They had helped us on that, and we really appreciated all the help they gave us.”

Yeary pointed out that a vehicle shortage is a challenge for any police department.

“It puts a lot of strain on the vehicles that you are using,” Yeary said. “Our cars are just like anybodys. The more you drive them, the more prone they are to breaking down.”

Yeary said the Whitesburg City Police are currently very busy due to the flooding.

“As I understand it, they’re working pretty much around the clock anyway,” Yeary said., “We definitely didn’t mind assisting them.”