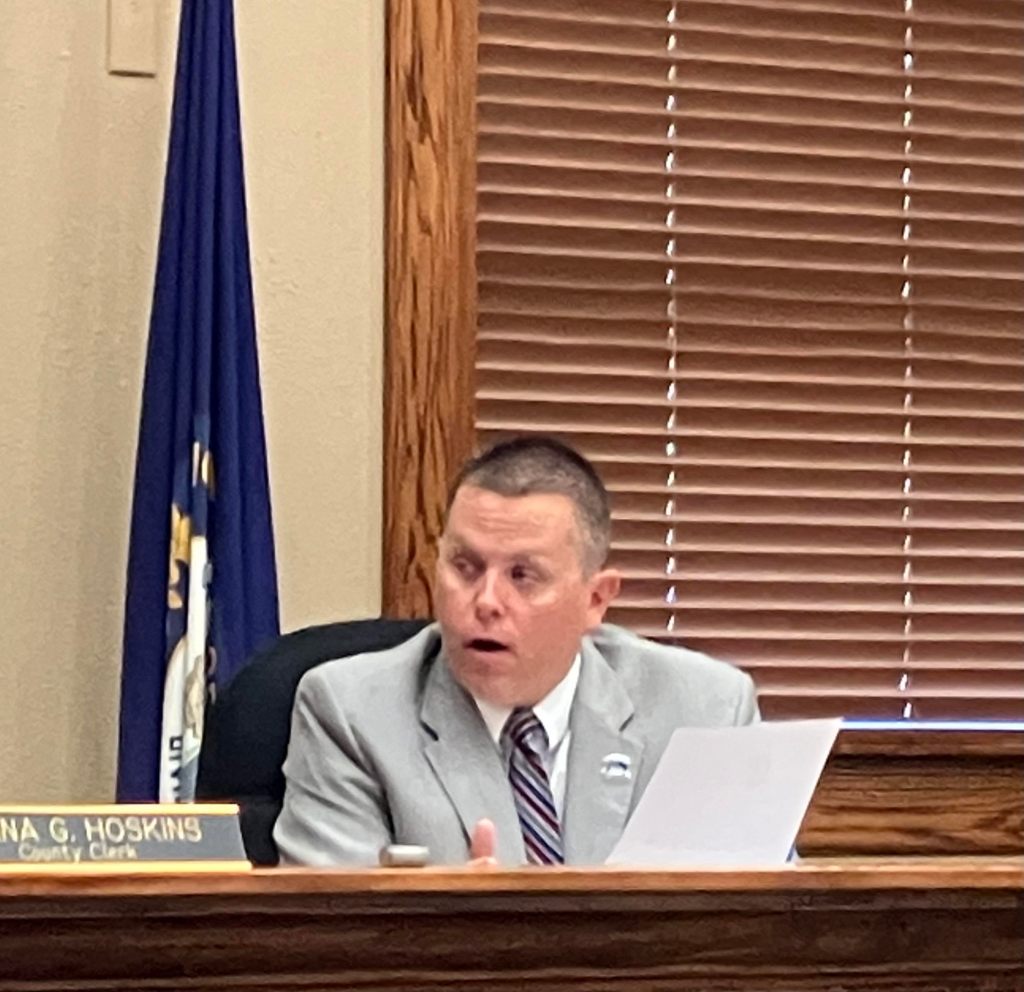 The Harlan County Fiscal Court heard from Harlan County resident during a meeting on Monday regarding a property that has not been cleared of the rubble from a structure being destroyed by fire some time ago.

Harlan County Judge-Executive Dan Mosley asked if anybody wished to address the court early in the meeting.

A Harlan County resident spoke to the court concerning property in the Baxter area. The property contained a home that had been destroyed by fire. She told the court the owners had not cleared the structure’s remains from the premises. She inquired if there was anything the county could do to remedy the situation.

Magistrate Clark “Sparky” Middleton advised the court he had received a letter from the property owner giving the county permission to clean the property.

Mosley stated the situation falls under the county’s nuisance ordinance, and the property owner has been notified by Harlan County Solid Waste Enforcement Officer Tony Felosi.

“He approached them because it was a violation of the nuisance ordinance,” Mosley said. “The property has been in this condition for quite some time. Ideally, a right of entry would be given, and we could go in.”

Mosley explained there is an issue with that course of action.

“We don’t have the legal ability to do that,” Mosley said. “We can’t improve someone’s private property. If we took county resources up there, knocked it down, and hauled off all the debris, we would be improving the property to a condition that made it lucrative for the property owner to turn around and sell the property.”

Mosley said there is another avenue the county could pursue.

“We could approach them…and say if you would be interested in deeding the property to the county so that we can clean it up, then the county would turn around once it’s cleaned up and advertise it for sale if there are no liens,” Mosley said.

Mosley pointed out that the structure on the property was destroyed by fire several years ago.

“It’s my understanding they’ve been verbally notified that they’re in violation of the nuisance ordinance,” Mosley said. “They have 30 days to correct it from that particular point in time. If it’s not corrected at that point, then a written notice is given. Once the written notice is served, they have so many days or must appear in district court.”

Mosley noted that the district court usually would give violators some time to correct the issue, and fines may be applied if that is not done.

“The simplest route would be to try to get them moving forward with contracting a private contractor to go up there and demolish it and clean up the debris,” Mosley said. “We would certainly work with them as far as landfill, disposal, that type of thing. That would be the cleanest, quickest thing to do if they would be cooperative.”

The resident mentioned the owner might not have the financial ability to clean the property.

Mosley explained if the owner cannot have the property cleaned, the nuisance ordinance process could result in a judgment allowing the county to clean the property and put a lien on it to cover the cost of the work.

“We would have to be reimbursed,” Mosley said. “The easiest thing would be for them to deed the property to the county. I don’t know if they’re willing to do that.”

Mosley noted the process required by the nuisance ordinance has already been put into motion.

“If you want to follow up with us in about a month, you can contact my office, and we’ll let you know where it’s at,” Mosley said.

• The court approved applying for financing through KACo for a 2023 Mack truck;

• The court approved a resolution related to the purchase of a 2023 Mack truck;

• A memorandum of understanding between the Harlan County Fiscal Court and the United States Army Corps of Engineers related to the Loyall Ponding Project was approved.