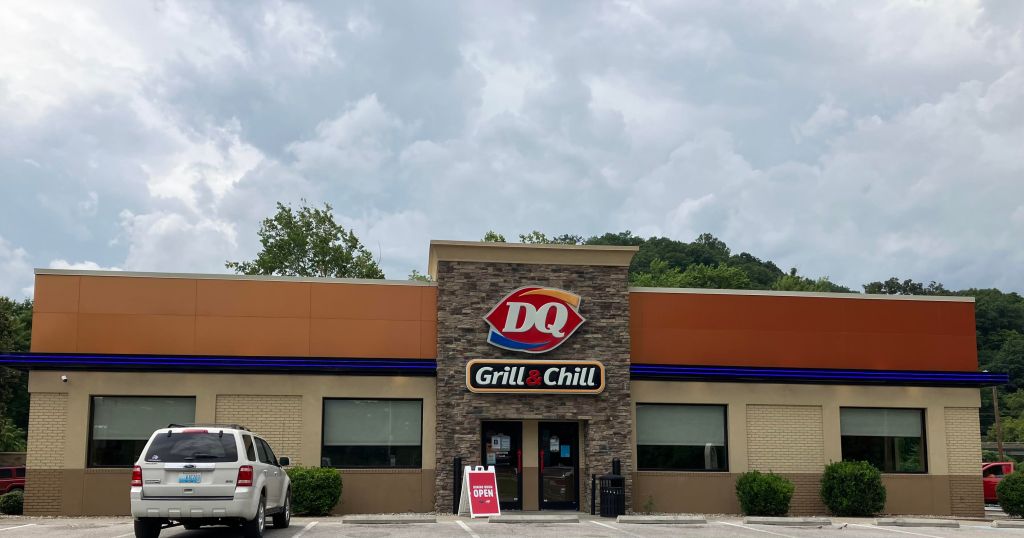 Firefighters responded to a report of a fire at the Harlan Dairy Queen on Friday. The fire was contained to the deep fryer.Photo by Joe Asher

Emergency crews from the Harlan City Fire Department and Sunshine Volunteer Fire Department responded to a call of a fire at the Dairy Queen restaurant early Friday morning.

According to Billings, the restaurant’s deep fat fryer had ignited when an employee turned it on for the day.

“Around 3:41 a.m., dispatch paged out the Sunshine Volunteer Fire Department about a fire at the Dairy Queen,” Billings said. “One of our guys overheard the radio traffic and went down there.”

“They pulled the deep fat fryer out to the parking lot, where it reignited,” Billings said. “I talked to the lady who was there that morning opening the restaurant, and she stated she turned the machine on and went to turn on the other fryer. She heard a loud pop, and she observed the deep fat fryer was on fire.”

Billings explained the woman put a lid on top of the fryer to smother the fire.

“Then they put it out with fire extinguishers,” Billings said.

Other than the deep fryer, the restaurant was left undamaged.

Billings noted the incident was over by 5 a.m.

“I arrived at approximately 6:30 a.m. and started an investigation,” Billings said.“After talking to The Dairy Queen district manager, he said the fryer was destroyed, and they would have to get another one. But they had a backup in the building, so they were using that throughout the day.”

“They cleaned it out, and then it was back in service,” Billings said.

The vent hood is the exhaust system for the fryer.

Billings noted there were no injuries related to the incident. No foul play is suspected.