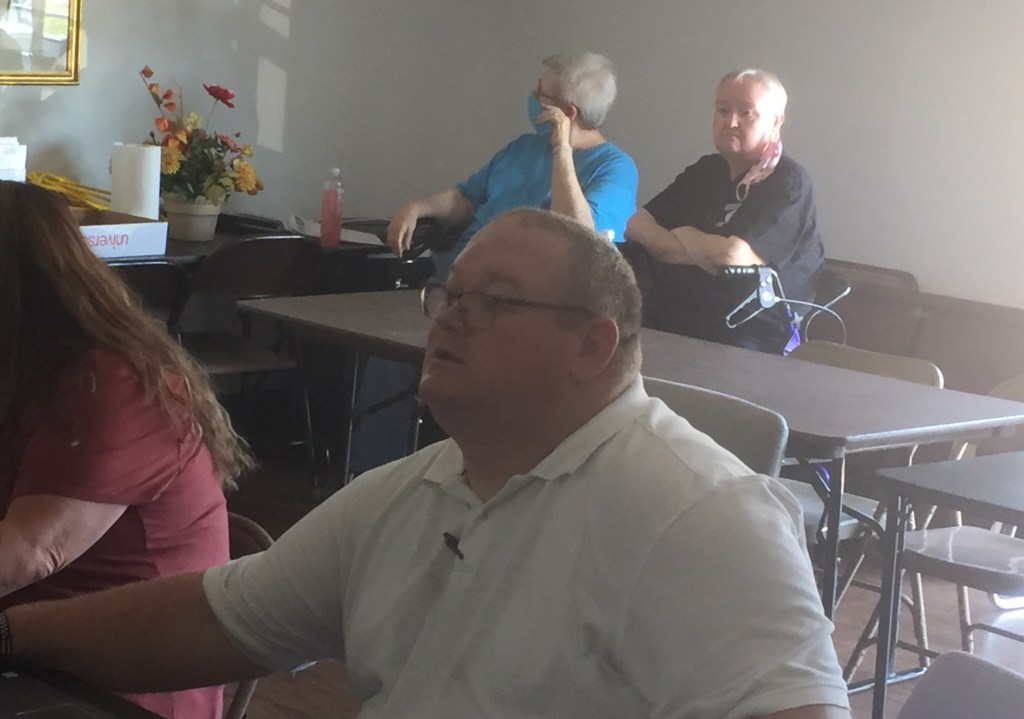 The Harlan City Fire Department along with the Red Cross recently offered a presentation on fire safety at the High Rise apartment building in downtown Harlan.

“We’re working with the American Red Cross in a safety program for senior citizens,” Billings said. “This is to educate elderly folks about what they can do in case of a fire.”

Melissa McGill, Disaster Program Specialist with the American Red Cross, was also on hand to take part in the presentation.

“Recently, there was a fire here at the high rise,” McGill said. “So, we want to educate the residents here at the High Rise on what to do in the event of a fire.”

The High Rise building was recently the scene of a fire which saw the residents of the structure being evacuated while the blaze was extinguished by firefighters and emergency crews from multiple agencies from throughout the area.

McGill explained the program is designed to help people who find themselves involved in a fire event to remain calm and know what to do.

“We want to help them draw up an escape plan, know the ways out and to how to be prepared,” McGill said. “We’re also going to talk a little bit about natural disasters.”

“The program covers a multitude of safety aspects,” Billings said. “Elderly people are 65 percent more likely to die from injuries caused during a fire than by the fire itself.”

McGill pointed out multiple types of natural disasters are possible in southeast Kentucky, and it is important to know what to do in case of such events.

“Most people don’t know that (earthquakes) are a very high risk for Kentucky,” McGill said. “The biggest risk we have in eastern Kentucky is flooding, but the High Rise is not affected by flooding.”

“We do a home fire safety program where we work with the fire departments,” McGill said. “The American Red Cross offers free smoke alarms.

“I think about every fire department in the county still does that,” Billings said.

The Red Cross also offers services during disasters such as providing shelter and food during a large scale disaster such as a flood or tornadoes.

“Everybody has heard about the western Kentucky tornadoes that we had recently,” McGill said. “We still have teams in western Kentucky assisting the families that still don’t have a place to go.”

Billings said he also does fire safety presentations for other age groups, especially for school aged children during the school year.