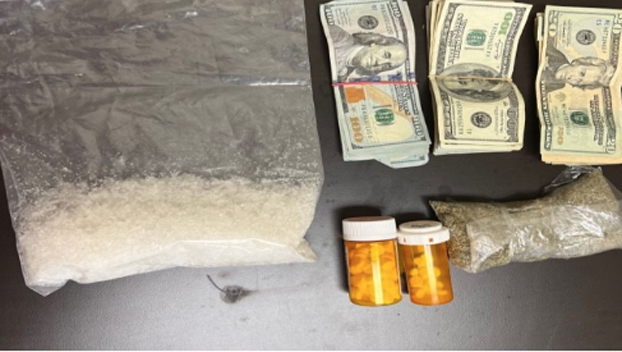 Bethel Stewart, 60, of Cawood was arrested on warrants from a previous drug investigation. During the search of Stewart’s residence approximately 291 grams of suspected crystal meth, 43 grams of suspected marijuana, and 98 suspected suboxone and clonazapam were discovered. Also found was over $2,000 and a shotgun. The street value of the drugs seized is over $31,000. (Photo from Harlan Sheriff's Department).

Through Appalachia Narcotics Investigations partnerships with federal law enforcement, the case ANI started against Bethel Stewart in January of 2022 has been adopted by the DEA and Mr. Stewart has been federally indicted on one count of Possession with Intent to Distribute 50 Grams or More of a Methamphetamine Mixture. Mr. Stewart faces a minimum of ten years in federal prison.