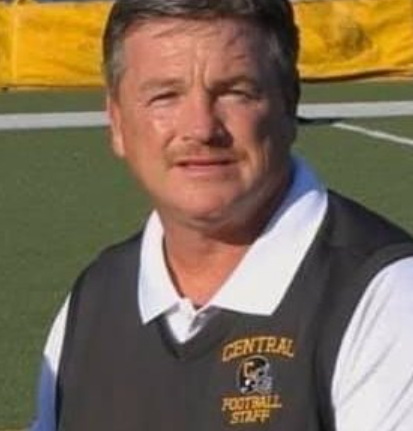 Jim Matney, the head football coach at Johnson Central since 2004, died of COVID-19 complications on Tuesday. He had been hospitalized for nearly four weeks and also suffered a stroke.

He coached his Golden Eagles on Aug. 20 against Henry Clay.

He was also the wrestling coach at JCHS, where is coached 12 straight regional championships, including two state duels championships.

Matney was named he NFHS National High School Wrestling Coach of the Year in 2020.

A graduate from Belfry High School, Matney got his first coaching job at Sheldon Clark High School in 1984. He won 124 games with the Cardinals in 19 seasons.

While at Johnson Central, he captured 185 victories. Matney compiled a record of 309-132. He’s one of only 12 football coaches in Kentucky history to win 300 or more games. Another one of those coaches on that list is former Harlan County coach Tom Larkey.

Johnson Central Schools released the following statement: “Today, our Johnson Central Eagle Family is brokenhearted as we come to terms with the loss of a wonderful man and a remarkable coach.

He is survived by his wife, Debby, and two sons: Dalton and Carson.

The Golden Eagles are scheduled to host Clay County on Friday.