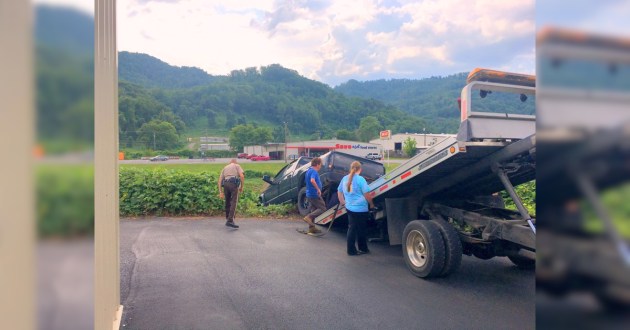 A Harlan man was arrested Monday evening after wrecking a truck near Huffman & Huffman, where officials said we appeared to be intoxicated.

According to the citation, Officer Mitch Alford was notified of a complaint that a black pickup truck had wrecked beside the Legacy Plaza. Alford said the truck was off the road and had been headed toward the river before stopping.

Alavez was allegedly unsteady on his feet and had glassy, bloodshot eyes. After conducting a preliminary breathalyzer test, the test showed the presence of alcohol. A translator was also present since Alavez did not speak English.

Alavez was taken to Harlan ARH where an implied consent form was filled out and signed.

He was lodged in the Harlan County Detention Center on a $10,000 full-cash bond.