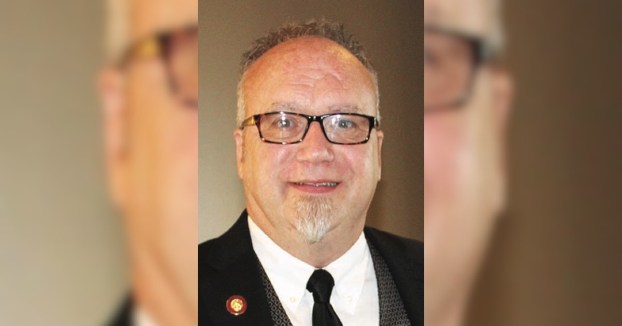 LIVING ON PURPOSE: Surrendering our will is not an option

I was asked recently if being born again was the same thing as believing in God. I felt I needed to give a more thorough answer than just a simple yes. It might sound strange, but it’s true that Christians do believe that God is real, and yet there are others who believe in God that are not born again. I realize this seems confusing, and how can this be? Well, the devil believes that God is real, but he does not love or serve Him. So we can see there is a big difference between just believing and being spiritually transformed and embracing Christ as the Lord of our life. There is more to Salvation than just acknowledging there is a God. It has everything to do with knowing and trusting Him, being dedicated to obeying His truth, and having a genuine personal relationship with Him.

Entering into God’s covenant of spiritual redemption is not just raising our hand when someone is asking, “who wants to escape the flames and eternal darkness?” We repent because we are broken over our sinful condition, we literally fall in love with God, and our eyes are opened to see our desperate need to be changed into a brand new creation for His glory. Our responsibility is to willingly surrender our independence and allow Jesus to sit on the throne of the heart and control our life. In short, there are only a few individuals that are willing to “go all the way” with God. Being religious is a piece of cake compared to what being His disciple really means. It’s seldom mentioned, but the only way to accomplish His will, is to let go of ours. This is not very popular because much of the Christian attention is focused on attending an organized assembly which is fine, but developing a constant awareness of His presence is far more important.

Here is a verse found in Luke Chapter 14 and verses 28-30 that you will probably not hear in a revival. Why not? Because if evangelists told everyone how difficult it is, very few would want to commit. By the way, these are the words of Jesus. “Suppose one of you wants to build a tower. Won’t you first sit down and estimate the cost to see if you have enough money to complete it? For if you lay the foundation and are not able to finish it, everyone who sees it will ridicule you, saying, This person began to build and wasn’t able to finish.” Unfortunately, many people sign up to be a follower of Christ, but eventually discover they only wanted blessings without accountability.

The cross is one of the most recognizable symbols in the world and is associated with Jesus and Christianity. The cross is also an instrument of death and we know that our Savior was crucified and died on the old rugged cross at a location named Golgotha which was also called the place of the skull and Calvary. Nonetheless, what many Christians fail to realize is that His children have also been called to figuratively and spiritually take up their cross (Galatians 2:20) and die to their carnal old nature. This is the fine print clause that is commonly ignored. It’s very critical to understand that surrendering our will is NOT an option, but His demand. Becoming a living sacrifice through Him is the only way we can possibly walk with Him in Spirit and truth. Along with our commitment and faithfulness unto Christ, we must also realize the world will hate us. For the individual who professes to be a Christian and yet they are embraced by those who do not know God, something is wrong. The Bible contains many warnings about becoming too cozy with sin such as James chapter four, “Don’t you know that friendship with the world is enmity against God? Therefore, anyone who chooses to be a friend of the world becomes an enemy of God.”

The meaning of sanctification is to be separate or set apart and in context with our subject, we are not to blend in with the world, but rather to reflect God’s nature and character. Let us not be like the disciples who fell asleep in the garden while Jesus was praying. Likewise, the five foolish virgins had no oil and were not prepared for the bridegroom when He appeared. Why I am so passionate about drawing nearer to God? Honestly…I believe there is nothing more important.

Read more about the Christian life at billyhollandministries.com

PREACHER’S POINT: The road to loss of respect

By Timothy Johnson Preacher’s Point Have you ever wondered why old habits are hard to break? I reckon the longer... read more