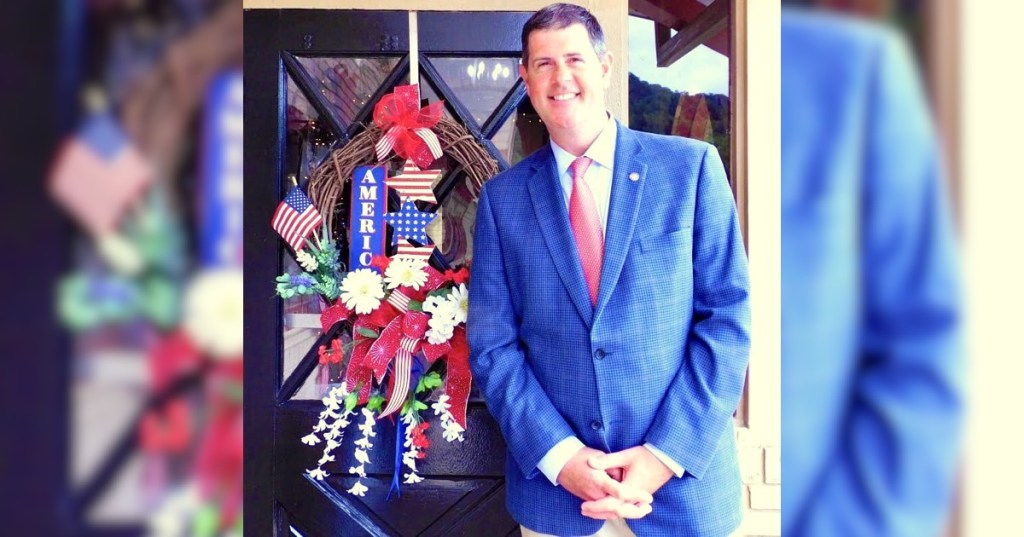 A state Supreme Court candidate stopped by Harlan County to speak with locals and promote himself as a potential Justice on the road to the primary election coming up June 23.

Kentucky Rep. Chris Harris visited locals at Sazon Steakhouse and Wallins Elementary School on Thursday afternoon to discuss his candidacy for state Supreme Court, where he would represent District 7 of Kentucky’s Supreme Court comprising 22 counties in the eastern region.

He said his district would include “basically, everything east of Mount Sterling.”

“I had a beautiful drive down U.S. 119 today from Pike County, which is where I’m from,” Harris said. “I am an attorney who has been practicing for more than 25 years in the state of Kentucky, and I am the only candidate that has argued a case before the Kentucky Supreme Court.”

Harris said if he is elected, he will ensure the law is applied fairly to those entering the Kentucky Supreme Court. He said he will serve “honorably” and “with integrity,” making sure people know they are of utmost importance to him.

“I promise to be a judge that applies the law evenly and fairly to everyone, no matter where you come from or what your place in life is. I will be a judge that interprets the law and applies it equally, fairly and without favor.”

He said he believes all Kentuckians deserve seven Justices who “demand heightened transparency and greater accountability to taxpayers.”

Harris said although it has been a difficult campaign road in “this kind of environment,” noting the COVID-19 pandemic, he has tried to get out and speak with locals in his district while practicing social distancing.

“I’ve been to Harlan a number of times but never as a candidate, so it’s great to be here,” he said.

Harris said he graduated from the University of Kentucky with an accounting degree in 1993, moving forward to law school, from which he graduated in 1996. He then started his own private law practice in Pike County after working as a prosecutor for roughly a year.

Harris was first elected to a public office in 2001 as a Pike County magistrate before serving the Kentucky House of Representatives since 2015.