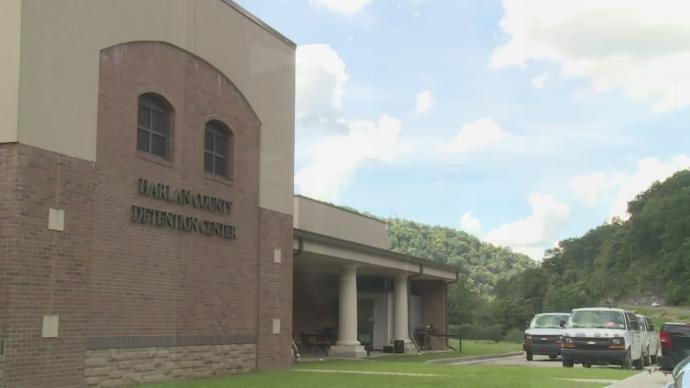 While crime rates are declining in Harlan County amid the current coronavirus (COVID-19) pandemic — and possibly all over Kentucky — the local detention center has watched its inmate population drop, which could mean a loss of revenue for the county.

According to Dan Mosley, Harlan County’s judge-executive, the Harlan County Detention Center has brought money into Harlan County for a number of years by housing state inmates. Since the start of precautionary measures in Kentucky, Mosley said the total of state inmates housed by the facility has since decreased.

“At the Harlan County Detention Center, we have held state inmates for many years since the jail was expanded from downtown Harlan to out at Verda, where the bed capacity increased from 70 to a 230-bed facility,” Mosley said.

He added the detention center’s staff started early with implementing precautionary measures when inmates come into the facility.

“If someone’s arrested, those inmates are kept in isolation for a period of time before they go into the general population,” he said. “The other thing I’ll tell you is that our inmate population has declined substantially.”

Mosley said HCDC normally houses anywhere from 160-175 state inmates in one window of time, but after checking the detention center’s website recently, he said the number has since decreased to only 108.

“We’ve also seen the amount of county inmates decline because there’ve been some people whose sentences have run out and they’ve been let out. There’s some sentences at the state level that have been commuted, so those people only had a short amount of time left and could be able to get on out.”

Mosley said the detention center also has a supply of COVID-19 tests available to administer if the need arises, as well as “plenty of masks and hand sanitizer up there.”

He added, although jailer BJ Burkhart has also had to lay off some of his workers, he and his staff have “done an amazing job.”

“They’ve had to lay off, I think, about 10 total employees of the jail because the state inmate population, which brings revenue into the jail, has now declined. That means revenue has declined, so they’ve had to adjust accordingly,” Mosley said.

The Green River Correctional Complex, in Central City, has been one inmate facility at the top of discussion during Governor Andy Beshear’s daily briefings because of its close quarters, size and number of confirmed COVID-19 cases.

According to the Kentucky Department of Corrections, as of May 10, GRCC reported 50 staff members who tested positive for COVID-19 and 353 inmates who also tested positive, two of which died as a result.

One of the individuals who died at the complex on May 3 tested positive for COVID-19 on April 28, but an autopsy has been performed and the cause of death is pending.

Green River is a 982-bed medium/minimum security adult male correctional facility operated by the Kentucky Justice and Public Safety Cabinet, Department of Corrections. Construction of GRCC was completed in 1994.