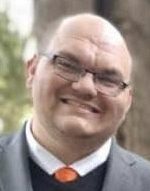 LUNSFORD: Participating in the census is our civic duty

“Representatives and direct taxes shall be apportioned among the several States which may be included within this Union, according to their respective numbers…”  “The actual enumeration shall be made…within every subsequent term of ten years.” US Constitution, Article 1, Section 2.

Once a decade the constitution tasks our government with conducting a count of all persons living within the United States.  The first census was conducted in 1790. In that year, and every ten years until 1840, US Marshals were tasked with visiting every American household to take a count of persons living within.  The census of 1870 was the first census after the end of slavery in America and the first census which counted African Americans as whole persons rather than 3/5 of a person as was the practice as a result of the infamous Three-Fifths compromise of the constitutional convention.  The census of 1930 was being conducted in the aftermath of the stock market crash with began the Great Depression. While the government collected unemployment data in that census those numbers were deemed unreliable and so the government conducted a unemployment specific census in 1931 to measure how sever the Great Depression had affected the economy.  The modern census as we understand it today was born in 1960. This was the year that the government primarily relied upon a “mail-out” census rather than enumerators coming to people’s houses.

The census also directly affects local politics.  Not only will the number of federal representatives from the states be changed but so will the district lines for the state Senate and House districts.  As most reading this will know, Harlan County is represented by two representatives in Frankfort currently, diluting our voting power and drastically handicapping us in having a Harlan native even having the chance to represent us.  But this will be our one shot to fix that. After the census is taken this year, our legislature will use that data to redraw district lines. This will be our one shot for the next decade in reunifying Harlan County into one representative district.  While the census will not be the only factor in determining how Harlan’s new lines are drawn, having a strong showing would surely put pressure on the folks in Frankfort to draw the line in such a way that our vote is not fractured.

The census also does more than just count the total number of people.  Other statistics are collected at the same time. One question this year is geared to discover the make up of families; be the traditional, extended, composed of adopted children, etc.  This collection of information can be used so governments, federal, state, and local, can identify need such as adoption services, welfare programs for single parents, and the like.

The ripple effect of the census is innumerable.  We, as a county, are competing for limited federal and state resources.  The COVID-19 pandemic has only exacerbated this. The census is our once-in-a-decade shot of getting a portion of our fair share.

To fill out the census online, simply go to www.2020census.gov.

Danny Lunsford, Jr., is a contributing columnist for the Enterprise. His columns can occasionally be found under the “Opinion” tab on our website.

THE LOYALIST: Hope is a good thing

By Clark Bailey The Loyalist “Hope is a good thing, maybe the best of things, and no good thing ever... read more