Look for another Laurel showdown in 2021 girls race 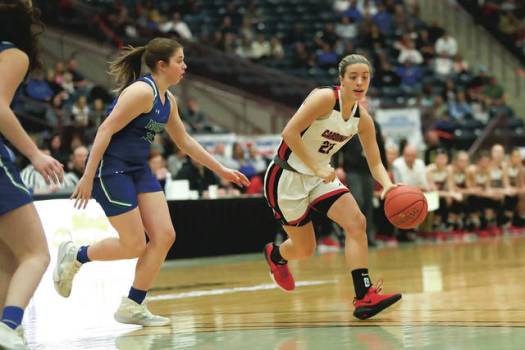 <p>Photo by Les Nicholson</p> <p>South Laurel senior guard Amerah Steele is a member of the annual Enterprise All-Region squad after helping lead the Lady Cardinals to the 13th Region championship.</p> 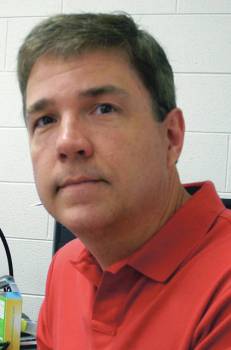 Just as predicted in this space a year earlier, South Laurel knocked off North Laurel in an all-Laurel County showdown for the 13th Region Tournament title, ending a string of four straight losses in the regional semifinals for the talented Lady Cardinals, who won their first game in the Sweet Sixteen before concerns about the spread of the coronavirus led to the tournament being suspended.

Expect the Laurel schools to dominate for a second straight year in 2021, but this time I give the edge to North as the Lady Jaguars lose two starters compared to three for South Laurel. It would be a major upset if any other 13th Region teams contend as the gap remains between the top two and the rest of the field.

The following is my annual look back at the best of the previous year and a look ahead to what you can expect next season.

1. North Laurel (25-5) — The odds are good that the Lady Jaguars will make a third straight trip to the regional finals, even with standout guards Gracie Jervis and Isabel Gray graduating. Junior guards Emily Sizemore (10.3 points per game last season, 3.9 rebounds per game last season) and Hailee Valentine (15.7, 3.5) and eighth-grade phenom Halle Collins (14.4, 6.8) will lead North’s talented lineup next season. Eighth-graders Saige McClure and Bella Sizemore (2.2) are part of the next wave of future stars who will also be in the mix to round out the lineup.

2. South Laurel (27-6) — No one loses more talent than the Lady Cardinals with a star-studded backcourt of Ally Collett, Amerah Steele and Syndie Hall moving on to college, but South won’t struggle anytime soon with a deep and talented roster built by coach Chris Souder. Senior guard Brianna Howard (7.9, 2.7) returns, along with 6-0 junior center Rachel Presley (12.0, 7.6). Sophomores Clara Collins (7.2, 3.6) at 5-11, and Reagan Jones, at 5-10, could also move into the lineup, along with junior guard Lindsay Cox and sophomores Emily Cox (3.6, 4.2), Gracie Turner (2.2, 3.1) and Emily Mills.

6. Pineville (17-11) — With four starters back for their senior seasons, the Lady Lions are the early favorite in the 13th Region All “A” Classic and should compete for a second straight 51st District title. Whitney Caldwell (17.2, 5.1) and 6-0 center Raigan King (14.9, 6.1) give the Lady Lions a dangerous perimeter-post tandem. Summer Partin (6.2, 5.3) and Virginia Hall (5.3, 2.6) also return for their senior seasons. Sophomores Halle Jones and McKenzie Widner and eighth-grader Ava Arnett will compete for the final starting job.

7. Knox Central (11-17) — The Lady Panthers had trouble in close games a year ago and fell below expectations but should bounce back this year with a veteran squad returning, led by senior guard Presley Partin (18.2, 6.3) and junior guard Caylan Mills (13.2, 5.7). Junior guards Zoey Liford (11.8, 3.2) and Katie Broughton, freshman guard Timberly Frederick (8.1) and 5-11 freshman center Natalie Fisher (3.0, 5.9) are other key players returning.

8. Corbin (17-13) — The Lady Hounds’ record improved for a third straight year, but a loss to Whitley County kept Corbin out of the regional tournament. Senior guard Shelby Stewart (17.7, 6.7) and sophomore guard Bailey Stewart (7.5, 4.3) are returning starters in a lineup that could also include senior guard Kami Garland and junior guard Kaila Stidham.

9. Harlan County (16-12) — After four straight trips to the regional finals, the Lady Bears suffered a first-round regional loss for the first time in school history and will continue rebuilding next season with three players graduating, including district player of the year Morgan Blakley. Kelly Beth Hoskins (8.5, 3.7) is back for her senior season, along with 5-9 forward Kassy Owens (6.2, 7.1) and guard Jacey Lewis (3.9). Junior guard Jaylin Smith (7.4, 3.6) is also a returning starter, and junior Jaylin Preston (3.2) came on strong late last year as a top reserve. Several young players could also contribute next year, led by eighth-graders Kylie Noe (3.0, 2.6) and Kylie Jones and sophomores Taylor Lunsford, Hailey Austin and Taytum Griffin.

Best of the rest:

12. Jackson County (22-9) — A one-point loss to Clay County in the district tournament kept the Lady Generals from a trip to the regional tournament. Getting there next year won’t be easy with North Laurel and Clay County bringing back quite a few players while Jackson loses three starters. Junior point guard Eden Lakes (8.1, 2.8) and 6-4 junior center Kenady Ward (7.6, 7.6) return, along with junior guard Natalie Carl (6.3), last year’s sixth man.