Another Vietnam veteran tells his story 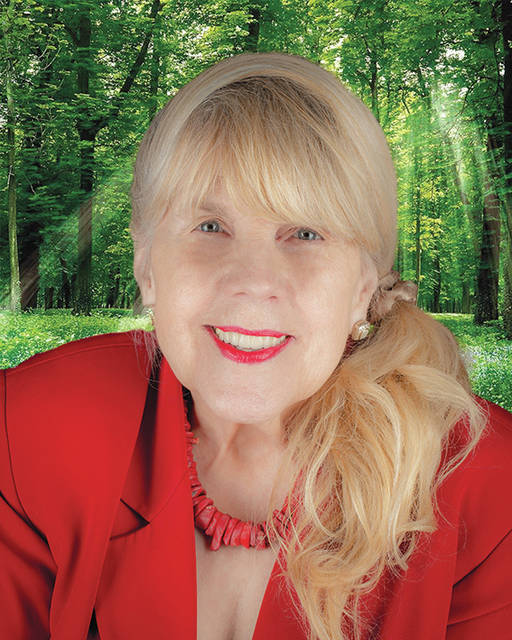 Tired of reading my columns about Vietnam veterans?

This one came up on my radar after he read my column about Medal of Honor winner William Pitsenbarger and the film “The Last Full Measure.”

James “John “ Robinson, Jr., was born in Piqua, Ohio, in 1948 and was the second of his siblings to enlist in the military. He joined the U.S. Air Force in 1966 after graduating from Covington High School (for my readers who are a little shaky about dates, on March 8, 1965, U.S. Marines landed on Red Beach Base, northwest of Da Nang). He was 1-A and knew his draft number was coming up. His brother Tom had joined the U.S. Navy in 1962, but Robinson says, “I wasn’t a good swimmer, and I couldn’t see myself in the middle of an ocean on a ship.”

He knew that he wanted to work on airplanes, and after six months on a scholarship at Hobart Welding School in Troy, Ohio, he was off, at age 18, to basic training at Amarillo, Texas. He reports, “I was excited, wanted to go. Dad was a farmer, a quiet man, and never even said goodbye when I left. Mom drove me to the bus station in Piqua, never said a word, never hugged me as we weren’t a hugging family.”

Robinson’s happiness quickly veered off course once he departed the bus at Amarillo Air Force Base. “They started yelling at us, and I thought, What have I got myself into now? All that enthusiasm went out the door quickly. Basic training was a mind game. They didn’t want anyone working on multimillion-dollar aircraft who wasn’t mentally fit.

“Some men drank Clorox to try to get discharged, and sergeants would get the obese up in the middle of the night and make them run. I went into service weighing 154 pounds and was 175 pounds after basic. I was in the best shape of my life, no more trouble with asthma, and I could run a mile in six minutes.

“We learned aircraft repair by training on B-47s, the newest, obsolete supersonic bomber.”

From Amarillo, it was on to Charleston, South Carolina, where he worked on C-141 cargo planes and DC-9s.

Robinson is proud to have been a part of the Aerospace Rescue and Recovery Service when he was stationed in Louisiana. That patch depicts an angel holding a globe with the words “That Others May Live.” He says, ”As long as aircraft were flying, we were on alert to rescue downed personnel, extinguish fires and repair aircraft.”

“The day I got my silver Crew Member Wings was the greatest day of my life,” Robinson said. “I couldn’t wait to wake up in the morning. Every day was a new adventure.”

The course was about to change for Robinson again as following the 1968 Tet Offensive, the U.S. decided to let the South Vietnamese fight their own war. This meant they had to be trained in diverse areas, including aircraft maintenance. Robinson was deployed to Da Nang as part of the Military Assistance Command of Vietnam to train South Vietnamese to work on Huey helicopters made by Bell Helicopters.

There was no problem with a language barrier, because the men he was training were intelligent and had been Westernized — spoke French, English and Vietnamese and were predominantly Catholic.

There were, however, a few problems: Robinson didn’t know if the men he was training during the day were the enemy, the Viet Cong, at night.

Another problem was that those he was training wanted everything new (Those among my readers who have served are well aware that it is quite common that equipment from previous wars was still in use in their wars). Robinson witnessed some South Vietnamese using the new UH-1s, provided by the U.S., for personal errands: transporting ducks to rice paddies for insect control, taking family members on excursions, transporting Christmas presents, even carrying stacks of three-inch rockets.

From time to time, Robinson hitched a ride with these South Vietnamese “who didn’t care who paid them as long as they got paid.” Once he hitched a ride north into the DMZ where he absolutely was forbidden to be.

As do most Vietnam veterans, Robinson has his view of that war, “If politics had been left out, we could have won that war. General Westmoreland could have done it for us. With all the protesting, too many politicians were concerned about re-election. I feel guilty that 56,000 of my brothers and sisters never came home, and I ask, ‘Why?’

“When I got home, I had nightmares, always the same ones. I’d dream I got shot and when I woke up, I felt this burning. I could feel the bullet.”

There is, however, a particularly bright spot among many in Robinson’s life: his daughter, U.S Air Force Master Sergeant Carrie Robinson. She has served 27 years and plans to stay five more.

Of Carrie, Robinson says, “I was a single father, and I’m proud of her. She’s her own person, very responsible.”

She visits him annually at his small farm in Greenville, Ohio, where he is debating whether to plant soy beans this year. He says, “It’s time to rotate the crops.”