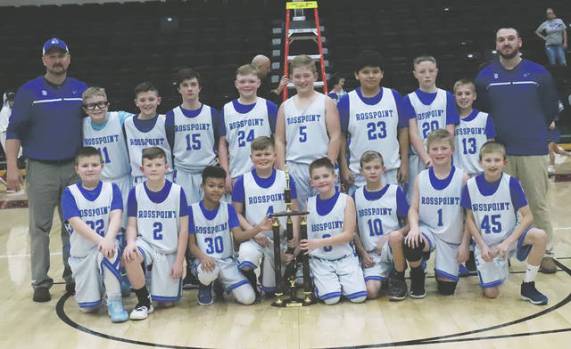 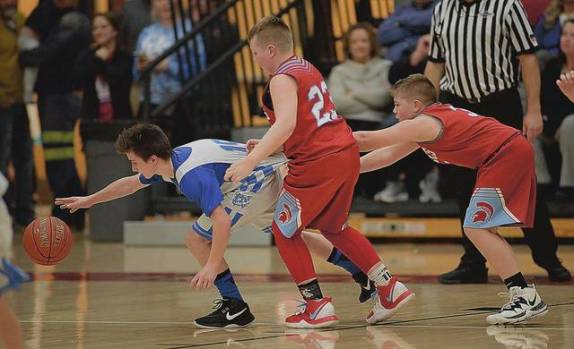 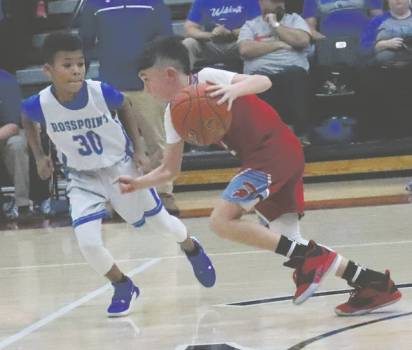 Playing on the small court at Rosspoint Elementary School, Jayce Brown is exceptionally quick. The Rosspoint sixth-grade guard proved to be all but impossible to contain on the expansive Harlan County High School floor in the fifth- and sixth-grade county championship game Thursday against James A. Cawood.

Brown poured in 23 points as the Wildcats claimed their third straight county title with a 51-38 victory in a matchup of county favorites. Each had lost only one county game coming into the tournament.

“It was a great season. Jayce is our only returning starter, but several of the other guys did get some game experience last season,” said Rosspoint coach Johnny Simpson. “JACES is a heck of team, one of the best I’ve seen at this level. Tim (Engle) and Terry (Delaney) did a great job with them.”

Brown scored eight straight points in the first quarter after.a Kaden Jones 3-pointer gave the Trojans an early lead. Much like the way he led the New Harlan football team to a league title last fall with his speed, Brown was all over the court in the championship game as he scored two baskets off rebounds and two in transition on turnovers as the Wildcats built an 11-6 lead after one quarter.

“Jayce is even faster than his brother, Matt, who was the fastest kid I’d seen until now,” Simpson said. “We put a lot on his shoulders, but he goes four quarters at 110 miles an hour. He has grown up a lot since last year. I told him coming into the year that he had to lead us and he didn’t disappoint.”

The lead grew to 22-12 by halftime as Gunnar Johnson closed the half with a three-point play. Johnson helped the Wildcats put the game away late after JACES had closed within seven on 3-pointers by Jones and Landon Brock and a basket by Colton Delaney. Johnson hit five of six at the line in the final two minutes on his way to a 19-point night.

“Gunnar, a fifth-grader, stepped up and hit some big free throws for us,” Simpson said. “He’s the best free throw shooter on our team. He’s hit some big ones this year.”

Jones and Brock, both fifth-graders, led the 20-5 Trojans with 17 ad 10 points, respectively.

Cawood held off a late Evarts comeback to edge the Wildcats 31-28 in the third-place game.

Jake Brewer, who was Brown’s running mate last fall in the New Harlan backfield, led the 15-5 Comets with 12 points.

Hayston Bennett and Jacob Deleon each scored eight to pace the 9-9 Wildcats.