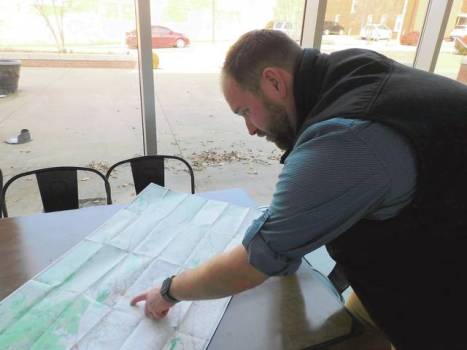 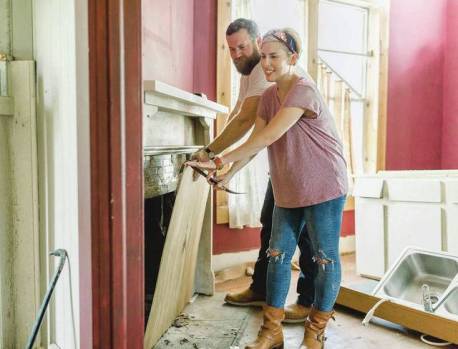 HGTV is looking for a U.S. town in need of a complete makeover as part of its new series called Home Town Takeover, which will star TV personalities Ben and Erin Napier — well-known for “flipping” homes in need of a little love. As nominations take place in towns across the nation, Harlan Tourism Executive Director Brandon Pennington and staff are working diligently to enter Harlan County for consideration by Feb. 4.

The six-episode series will follow the couple as they attempt to renovate an entire town — including anything single-family dwellings to public spaces.

Pennington said he first heard about the competition hosted by HGTV over the weekend when a friend tagged him in a post on Facebook.

“I looked into it immediately, and by the end of the day I had been contacted by over 70 people looking for us to apply for this,” he said. “Of course, we think Harlan would be a great fit for that, so after receiving so many notifications, I kind of had to laugh about it at the end of the day because it shows how much passion is in Harlan.”

With that being said, Pennington took to Facebook letting everyone know Harlan Tourism would be preparing an application to nominate Harlan, complete with a five-to-eight minute long video with drone footage and community engagement.

Pennington there are numerous revitalization efforts taking place in downtown Harlan alone, with multiple new businesses, such as Moonbow Tipple Coffee & Sweets, opening their doors to a community they care about.

“Everyone can use a shot of adrenaline, and I think with this competition going on and if we win, it can give us the adrenaline we need. It’s amazing what a big production with a large budget can do,” he said. They could do 10 to 15 buildings whereas it might take one business owner a year to do just one. We could use this. We are proud of the progress going on, but this could really expedite the process.”

Pennington and his staff are now in the process of preparing a short narrative to tell the story of Harlan and why it should be selected for such an extreme makeover.

“We think putting together a video by a professional videographer may set us apart because it is such a short timeline. So, you’re looking at communities who may be filming something on their phones or putting together something really short,” he said.

Pennington said aside from drone footage and B roll, he would like to interview people “that have the knowledge about where history has been, where we’re at and where we could potentially go.”

“If we were the winner, that would be fantastic, but we have to remember that change starts with us. We do have small businesses and entrepreneurs opening in downtown Harlan, so part of being a citizen who wants Harlan to be the best version of itself is spending money locally,” he said.

“There are ways outside of this competition that we can help ourselves and be that better version of Harlan County. If you happen to be walking on the street and find trash, pick it up. If you see a need, try to fulfill that need. It’s part of our responsibility to this community to do that.

“With me saying that, I’m not trying to say anything negative about our community. I love our community and I’m proud of it, but we all have our parts to do to work toward a better future for Harlan.”

Pennington said over the next couple of weeks, Harlan Tourism staff will be recruiting people who are interested in helping create the video. If you are passionate about Harlan and would like to be a part of the video, you can contact Pennington and his team at the Harlan Center by calling 606-573-4495.

HGTV is accepting nominations through Feb. 4 for the town in need of a life-changing makeover. Those who wish to nominate Harlan or any other town can go to HGTVHomeTownTakeover.com to pitch why their town should be considered through the use of pictures, videos and stories.