Beshear to give first State of the Commonwealth speech 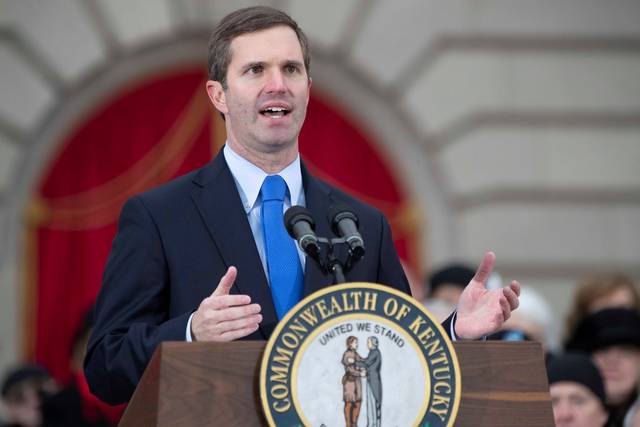 FRANKFORT, Ky. (AP) — Kentucky Gov. Andy Beshear will give his first State of the Commonwealth speech to lawmakers and a statewide television audience Tuesday evening.

The speech in the state House chambers will be broadcast on Kentucky Educational Television. House and Senate members will convene at 7 p.m. EST for the speech.

The Democratic governor will outline some of his top priorities in the speech to the Republican-dominated legislature. This year’s 60-day legislative session will continue until mid-April.

The Tuesday evening event is the first of two major speeches the governor will deliver to lawmakers this month. Beshear will present his budget plans in a speech to lawmakers in late January.

Kentucky entered an era of divided government when Beshear was elected governor last year. The new governor has stressed the need for civility as he and lawmakers work on state policy.