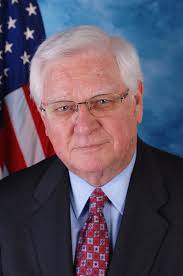 Rogers spoke on the House Floor urging swift passage of the legislation.

“This package continues our momentum in the fight against opioid abuse and addiction with targeted resources for the Department of Justice and other federal agencies. The diverse programs funded in this bill reflect the holistic strategy that Congress has embraced: enforcement, treatment, education and prevention – all working in concert,” said Rogers. “Drug courts, veterans treatment courts and prescription drug monitoring programs receive robust support in this first package – as well as anti-heroin and anti-meth task forces that bring law enforcement agents from multiple jurisdictions together to end this scourge.”

Together we’ve made progress combatting drug abuse in southern and eastern Kentucky and across the Commonwealth, but more must be done to curb overdose rates and put people on the path to recovery. This bill provides comprehensive support for local, state, regional and federal efforts to combat the opioid crisis, including:

• $2.7 billion is included for the Drug Enforcement Administration (DEA), $443 million of which is specifically allocated to combat the diversion of prescription drugs. $35 million is provided for Anti-Heroin Task Forces, and $13 million is continued for Anti-Meth Task Forces.

• $550 million is provided for Interagency Crime and Drug Enforcement, and the bill provides $285 million for the High Intensity Drug Trafficking Areas (HIDTA) program to assist federal, state, and local authorities clean up trafficking hot-spots, which will enable the Appalachian HIDTA to continue its work in southern and eastern Kentucky. The bill also includes $220 million for the National Guard Counter-Drug program, an increase of $65 million. The Kentucky National Guard Counter-Drug program is among the best in the nation, and has eradicated millions of dollars of illegal drugs.

• Byrne Justice Assistance Grants are funded at $547 million, which will support all components of the criminal justice system, including drug and gang task forces to domestic violence programs, treatment, and justice information sharing. Overall, it will help keep Kentucky safe.

The bill provides $5.7 billion for substance use disorder prevention, treatment, and recovery, as well as research into alternative therapies for pain management.

• Most notably, over $5.8 billion is provided for the Substance Abuse and Mental Health Services Administration (SAMHSA), a large percentage of which will be deployed to states for on-the-ground treatment and recovery services. The bill also provides $12 million for the Substance Use Disorder Loan Forgiveness program, championed by Congressman Rogers, to help increase the number of qualified treatment professionals in rural, underserved communities. The bill also appropriates more than $475 million for the Centers for Disease Control (CDC) to continue its Opioid Prescription Drug Overdose Prevention program, and $110 million for Rural Communities Opioid Response.

• Over $101 million is approved for the Drug Free Communities Program, which provides funding to community-based groups seeking to prevent youth substance abuse.

• The National Institute for Health (NIH) is slated to receive a $41.5 billion to conduct life-saving research, at least $250 million of which is focused on efforts to combat opioid addiction.

The House approved both federal funding packages and the bills now move on to the Senate for consideration.

FRANKFORT — Kentucky’s constitutional officers were sworn into their positions in an inaugural ceremony at the State Capitol on Monday... read more