“Unto Us A Child Is Born” 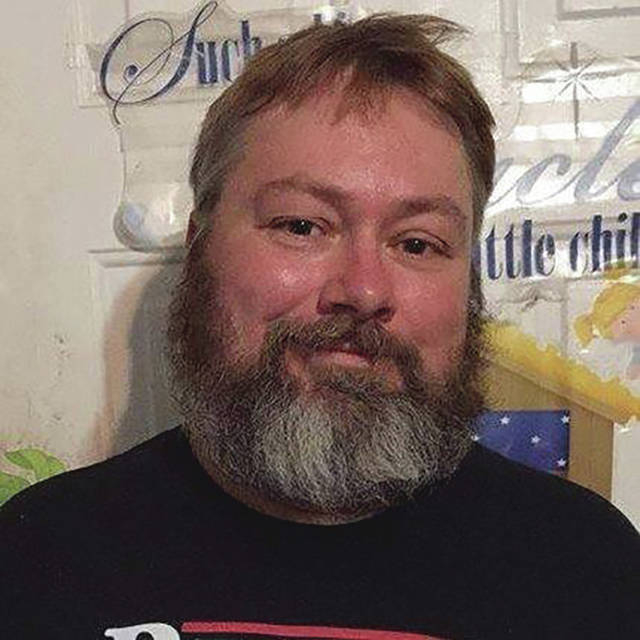 The days are winding down for this year, and as I sit to pen this week’s column we’re four days before Christmas. In fact, by the time you are reading this, it will most likely be Christmas. All the hustle and bustle. All the shopping. All the frustration. All the exhilaration. All the shopping, the wrapping, the opening, exchanging, hugs, smiles, kisses, shouts of joy and sighs of resignation for another pack of socks, will most likely be passed by.

The feast will most likely be over as well. The turkey and all the trimmings, rolls, mashed potatoes, gravy, yams, corn, casseroles, pies, stuffing or dressing, candy, cakes, fruit, egg nog and so on will have filled our bellies. Most of us blessed enough to have the day off to spend with family will be kicked back relaxing, by the fire, or under our favorite blanket. Some will be watching their favorite Hallmark movie. Some will be watching some type of sporting event. Some will go for the classics and spend the evening with Scrooge, Clark Griswold or George Bailey.

No matter how, all who are fortunate enough will spend the day with family and loved ones, reveling in the happiness associated with such a holy day.

Some are not fortunate enough to have this day to share and celebrate, however. From those who bear the burden and the honor to serve, whether it be emergency services; fire, police, EMS, the military or even those in hospitals and the like. Or whether it be those who have no family, or the homeless, or the poor who lack the resources to celebrate with their family as others do. Often it is a day filled with dread, sadness or emptiness in one’s heart.

The joy, the magic, is nowadays often missing from those who lack little or lack anything as far as material goods go. Far too often those who can have anything or give anything they desire, have a desire unfilled by anything material. And there are times those who experience the happiness of the season in all the trappings, still have a void that leaves all the commercialism lacking. It’s the God-shaped hole that only the Christ child can fill.

One can almost forget in this time of Santa Claus (not necessarily Saint Nicholas), Christmas Vacations, Nutcrackers, PlayStations, Star Wars movies, gift cards, school breaks, Ralphie not shooting his eye out, it becomes easy to forget all of this is because of a child wrapped in swaddling clothes lying in a manager.

Christmas itself is derived from Christ and Mass, or the Christ Mass, a holy day celebrating the birth of Jesus Christ. It follows the season of Advent or the Nativity Fast, where Christians prepare for the celebration of the birth of the Lord and prepare for His return. Christmas Day, the Nativity Feast or the Christ Mass takes place on Dec. 25 obviously and begins the 12 days of Christmastide and in the West culminates on Twelfth Night.

The Christmas Holiday celebrates the birth of Jesus Christ in Bethlehem to the blessed Virgin Mary, but it is much more than that. As the Gospel of St. John points out, in the first few lines; “that, in the beginning, was the Word, and the Word was with God, and the Word was God.” St John goes on to point out that the Word was made flesh and became man. in what is known by Christians worldwide as the Incarnation. As St. Athanasius said, “God became man so that man may become like God.” Or as the angels proclaimed to the shepherds on that holy night many years ago, “for unto you in the city of David is born the savior who is Christ the Lord. “

It is this baby’s birth, this Man’s entrance into our world, though no mere man, but the God-man, that all that is good flows from. The one true God, light from light, love personified is what glorifies this day and glorifies all that is good in all that is celebrated and all who celebrate it. And it is the lessening of Jesus in our hearts and in all the Christmas traditions that weaken it and make it seem that the magic is less.

We can change that, however. We can recapture the magic of the past. We can make the holiday brighter. We can make the light we have shine. The lives of all those around us can be more blessed, and in some cases be blessed, by seeking to put Jesus Christ as the rightful reason for this holiday season.

We can do so by seeking to worship Jesus in the days leading up to and on Christmas Day. We can sing praises, hymns, give alms to the poor, show Christian love in our interactions at a time when many of us find it easy not to exude Christian love.

We also must learn to recognize Christ in people and instances we might not expect, and as Isiah 58 and the Beatitudes teach us to practice true worship in how we treat others.

There’s a story by the Russian and giant of literature Leo Tolstoy about Papa Panov. Papa Panov is a cobbler who is also a widower and his children have all moved away. Alone in his shop on Christmas Eve, the cobbler reads the Gospel account of the Lord’s birth and in a dream, that night is told that Jesus will visit Papa Panov on that day.

The old cobbler awakes the next day full of joy and without thought of his loneliness. During the day, Panov invites a street sweeper in from the cold because he is moved by the man’s appearance and hard work. He also brings in a single mother and her child in from the cold and to have refreshments. As the day drags on his heart begins to become heavy for Jesus has still not shown up as the Lord said he would. Near the end of the day, he decides to take pity on some beggers in the street and feeds them.

By then the day has all but passed, and dejected Panov wonders of it was all just a dream or what he had done wrong. It is in this time that the voice of Christ breaks through and tells him that He had been there all along. In each person that the cobbler took pity on, showed mercy and love, he had done so as if it were Christ Himself. As Jesus said in the Gospels that whenever we have fed, clothed, visited and comforted the least of those we have done so to Him. It is this, along with worship in a Church setting, that can bring the joy back to our Christmas season.

It is also something we should and quite frankly practice throughout the entire year. As we celebrate this Wednesday, God making Himself man for us and for our salvation, let us always endeavor to make known God’s mercy, love and compassion in every instance we can. In doing so, we can make the light and warmth of Christmas be year-round.

Thoughts on the reason for the season