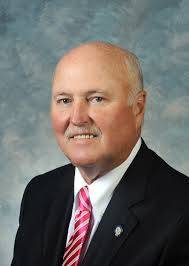 Turner spoke briefly about his history with Harlan and work accomplished with the help of Harlan County Judge-Executive Dan Mosley before diving into an agenda of state issues legislators look to work on in the coming year.

“This year, 2020, will be a budget year. Budget years are always a busy time. It’s important to be there and have a seat at the table while everyone’s working on the budget. When Gov.-elect Beshear comes in, he’ll start working on the budget to see what he thinks is important and some of the promises he made, like when he promised to finish this road out here. I will make sure I remind him of that,” Turner said, regarding U.S. 421 to the Virginia line.

Turner said the budget will consist of a number of things, including education, transportation, social services and more, giving the governor an $18 billion budget to work with. He added when he was first elected, he remembers the budget was only $14 billion; adding it is a larger budget now and “some stuff has to be in there” while others things are “just fluff” that could be removed.

He said when the state had a lot of coal severance money, legislators had more say on how the money should be used and what it should be directed toward, but with the decline of the coal industry, “a lot of that has gone away.”

“We work with the department of local government, the judge-executives and fiscal courts from each county to spend what little bit of coal severance money we have,” Turner said.

Turner continued explaining how the budget works, stating the governor will make a set of proposals that are sent to the House of Representatives where items could be changed before they are passed to the Senate.

“Once it comes over to the Senate, we can change some stuff,” Turner said. “So the governor could have it in the budget (completion of U.S. 421), but if the House doesn’t see anything worthwhile they could take it out.”

Turner said there’s also been talk of tax reform since he’s been in office.

“There’s been some minor changes, some minors things to happen, but it’s just a tough issue,” Turner said. “We’ve got to have some money, but it’s a tough issue for us to vote on. It’s talked about and we need it, but nobody has the willpower to do it.”

Turner continued and said he has heard Beshear is planning to take a lot of things Gov. Matt Bevin changed while in office and change it back how he sees fit.

“Some of the boards he had put in place, I think Gov.-elect Beshear plans on changing some of those back to whomever he sees fit,” he said. “The state board of education, that’s a big issue that needs fixed. We want to take care of our students and our teachers. It’s very important that we take care of education.”

Turner said the pension isn’t as big of a problem as it has been portrayed as far as teachers, adding “statistics said if it’s over 55 percent funded, it’s probably okay.”

“As far as state employees, they’re underfunded and something needs to be done,” Turner said. “Several years ago, before I got there, it was 125 percent funded. Everything was going great, and all the sudden Gov. (Paul) Patton started using some of that money instead of putting in into the budget to take care of the pension.

Turner said he believes legislators will have something “come up where we will continue to fund it” and continue to work toward fixing the problem.