Ashley one of 78 selected for golf tournament 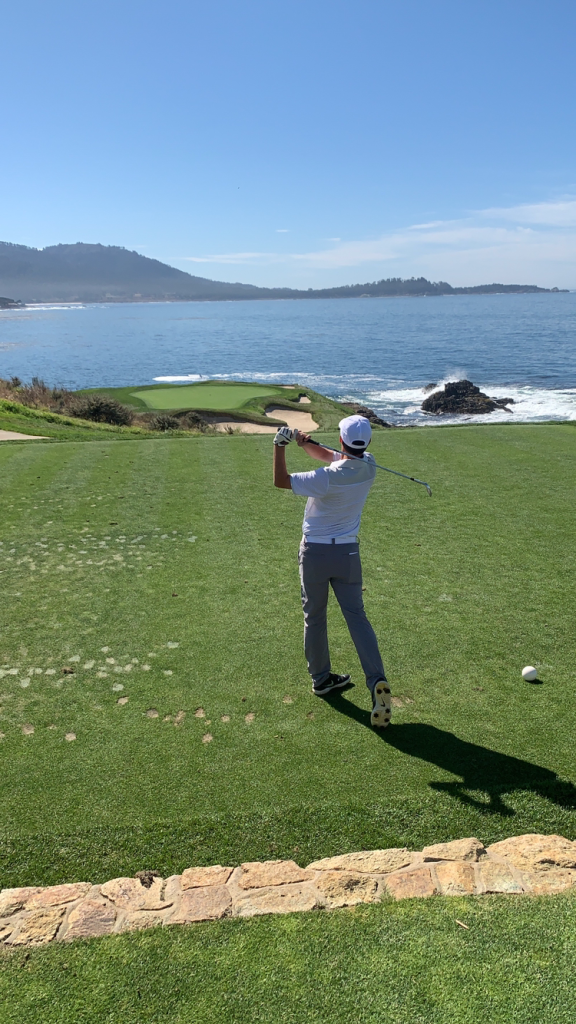 Caleb Ashley was the only First Tee participant from Kentucky to be selected for the 16th annual PURE Insurance Championship Impacting the First Tee at Pebble Beach, Cali. Ashley was one of 78 teenagers to participate in the event.

Caleb Ashley, a senior at Harlan County High School and avid golfer, participated in the 2019 PURE Insurance Championship Impacting the First Tee at Pebble Beach Golf Links in Pebble Beach, Cali., on Sept. 27-29. Ashley was one of the 78 First Tee participants selected for the 16th annual championship and the only golfer from the state of Kentucky.

Ashley has participated in different categories in the First Tee of Pine Mountain chapter since the age of five and reached the point to apply for the PURE Insurance Championship. Ashley was paired with Russ Cochran, a senior pro from Paducha.

“The hospitality was awesome,” Ashley said, adding his flight, hotel, meals, special events, new golf bag and attire was paid for by the Monterey Peninsula Foundation, which also awarded him with $1,000 worth of scholarship money for college.

Ashley said he was at Morehead State University for GPS when he was watching the announcements on the golf channel. He added he was the last one for the mid-west region to be announced.

“They kept throwing them up on screen in alphabetical order by chapter name. I was almost late to class because I wanted to see if my name was going to be announced,” Ashley said. “My name was the last on the list to appear on the screen.”

Ashley said it has always been a dream of his to go, dating all the way back to when he was seven and his junior coach was accepted after an extensive application.

“Over the years, I have worked hard to improve my game, and this year I was fortunate enough to be selected to represent my chapter at the PURE Insurance Championship,” Ashley said.

He said being able to participate in such an event was “a once in a lifetime experience.”

“I was able to meet so many great people and play a bucket-list course at Pebble Beach in a PGA Champions TOUR tournament,” Ashley said. “I will always remember and cherish the memories of this awesome opportunity.”

While Ashley is unsure if he will continue his golf career into college, he said he will continue playing in his spare time to perfect his game. He also gives thanks to his coach and mentor Donnie Caldwell for “being an exemplary role model and very caring friend,” adding he works hard to support the community.

For more information on the tournament, visit PUREInsuranceChampionship.com. To learn more about First Tee, visit TheFirstTee.org.