Bears hoping for return to top in 52nd 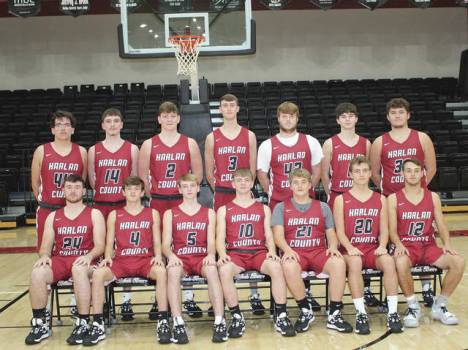 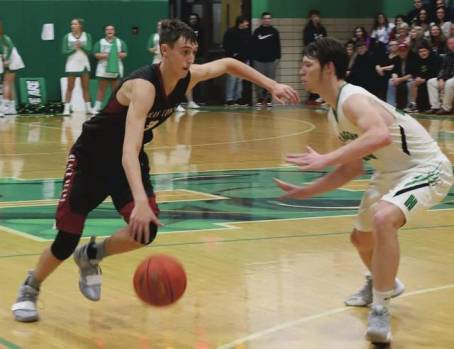 With a 6-0 district record and heading for their 20th victory in their regular season finale against Whitley County last February, the Harlan County Black Bears watched their season collapse in less than a week. The Black Bears blew a comfortable lead to lose on a last-second shot against the Colonels, then suffered their first district defeat in four years with a first-round loss to Middlesboro the following week in the 52nd District Tournament.

Getting back to their pattern of playing their best basketball late in the season has been the primary objective for the Bears and coach Michael Jones in preparation for the 2020 campaign. A strong summer performance helped the Bears regain some confidence and momentum, but last year’s early exit cost them in the preseason polls.

“We had some injuries the last couple of years late in the season, so we hope we can stay healthy and get better every game like we did this summer,” Jones said. “Our goals here are always the same — win the district and win the region and get to Rupp Arena. Our kids see the rankings and they can use that as motivation, even though it’s not something we stress as coaches. We are more worried about where we stand at the end of the season than at the beginning.”

With a lineup that could feature five guards, the Bears expect to be a dangerous 3-point team and had several impressive shooting performances in the summer.

“We feel we can put five on the floor who could score 20 on any night,” Jones said. “We’re banking on being able to shoot the ball as well as any team we’ve put out there, especially position by position. We shot it as well this summer, at times, as any team I’ve been around. We have a chance to put up some points.”

When the shots aren’t falling, however, Jones believes his team can be effective in other ways.

“We have to be able to attack the basket and get to the free throw line,” Jones said.

In order to get HCHS back to the top, Jones knows team defense will have to continue improving.

“We’ve really worked on defending better,” he said. “We don’t have that lockdown defender we’ve had in years past. If our defense can catch up with our offense we have a chance to be pretty good.”

Taylor Spurlock (17.1 points per game last year, 5.8 rebounds per game), a 6-6 senior guard ranked among the region’s top 10 players by the Cats Pause, is the most experienced of the Bears as a three-year starter. He is the only player still with the program who saw action in the 2017 Sweet Sixteen.

“Taylor and I had a talk this summer, and I thought he grew up a lot. I can’t remember any game this summer when I didn’t walk out of the gym thinking he was the best player on the floor,” Jones said. “With his length, he is hard to match up with. He can shoot over most people who defend him and does a really good job of getting to the hole and finishing. He’s improved quite a bit there and made his overall game a lot better.”

“He struggled a little early last season but really came on after Christmas before suffering an injury that kept him out of the tournament,” Jones said. “Tyler is playing really well now. His defense has gotten a whole lot better, and he is shooting the ball extremely well.”

Trent Noah, a 6-4 eighth-grader, could be a key to the Bears’ success this season as he takes over at point guard.

“He proved himself this summer that he can handle that position and be an extension of me on the floor,” Jones said. “He has tons of ability. The sky is the limit for that kid. We just want him to be more aggressive. He’s one of those kids that when he shoots the ball you think it’s going to go in every time. His basketball IQ is high, he handles the ball well and he sees the floor well. He will have some growing pains as an eighth grader, but we have all the confidence in the world in him.”

Jacob Wilson (5.5, 3.2), a 6-1 senior, is healthy after missing most of last season due to.an injury suffered in football.

“It’s good to have him back,” Jones said. “He wasn’t 100 percent last year, but he is now and I thought he played real well this summer at times. He shot the ball well, and we’ll need that from him. He knows he needs to improve on the defensive end, and he’s working to do that. The better he plays defense the better he will make us.”

“Jackson gives us a spot-up shooter. That is what we need out of Jackson. We also need him to be more aggressive and handle the ball in the press offense,” Jones said. “He does a good job of defending and rebounding for his size.”

Josh Turner, a 6-0 junior who stars in football, gives the Bears a solid defender and rebounder as the sixth man. Turner is the brother of former HCHS standout David Turner, a key player on the 2017 championship team.

“He is the all-purpose player that every coach dreams about,” Jones said. “He’s like his brother in that he can do it all and plays as hard as he can possibly play. He’s always in the right position and gets everyone else in the right position. Josh will be a huge key for us this year in how successful we’ll be. He will do all the things a lot of others don’t want to do and doesn’t want any credit for it.”

Junior forwards Hunter Helton and James Gray will be counted on to give the Bears some size off the bench. Senior forward Alex Nantz and senior center Elisha Smallwood could also play key roles.

“We’ve got several kids we are extremely high on,” Jones said. “I have all the confidence in the world they will perform if we need to plug them in during certain situations. They have to be ready at all times.”

After owning the 52nd District for several years, the Bears lost their stranglehold with last season’s first-round loss. Jones expects the district to again be the region’s most balanced. Harlan County was ranked slightly ahead of Bell County in most preseason polls, with Harlan and Middlesboro close behind. All four teams were ranked among the region’s top 10 squads in the Cats Pause coaches poll.

“Our district would rank as one of the toughest districts in the state the last couple of years. There is no clear-cut favorite,” Jones said. “We know we will be in for a battle every night. I think these kids learned from last year, even though it was heartbreaking at the time, and know they have to be prepared each district game.”