How should I pray for Governor-elect Andy Beshear? 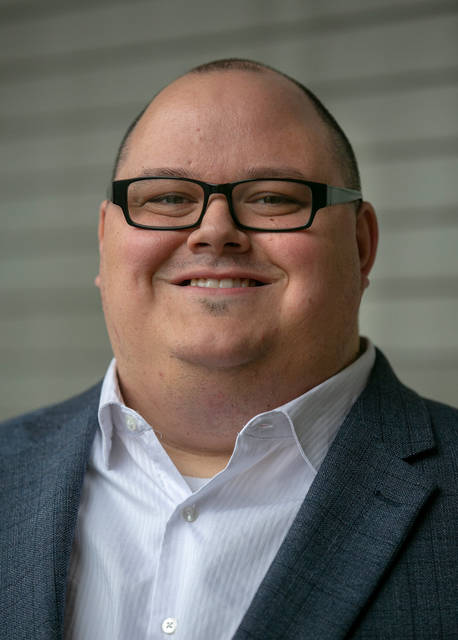 In one of the closest gubernatorial races in recent memory, Democratic candidate Andy Beshear defeated incumbent Matt Bevin on Nov. 5.

When you consider that many Bevin supporters were also fearful of a less Christian-friendly governor’s mansion with a Beshear in it, I felt it important to remind us that we have a duty to pray for our elected officials. Where the Bible speaks clearly, we should act without reserve. Let’s talk about why we pray for our public officials.

In the time period of the New Testament, it was not a very good time to identify as a Christian. This is especially true of the period in which the Apostle Paul served. God used intense persecution to spread the church and the Roman government was happy to provide that persecution. That’s why the words of Paul are so incredible.

First, Paul reminds us that there isn’t a government that God, in His sovereignty, isn’t aware of — or above.

Let every person be subject to the governing authorities. For there is no authority except from God, and those that exist have been instituted by God.

He fleshes this out further when reminding Timothy of the importance of prayer for all people, including leaders of government.

First of all, then, I urge that supplications, prayers, intercessions, and thanksgivings be made for all people, for kings and all who are in high positions, that we may lead a peaceful and quiet life, godly and dignified in every way. This is good, and it is pleasing in the sight of God our Savior, who desires all people to be saved and to come to the knowledge of the truth.

These verses are even more remarkable when you consider that Rome was actively murdering Christians for their faith. Paul, despite that, shows us that our priority in government involvement as a believer is in prayer. So let’s talk about a couple of things.

1. Regardless of who is sitting in Frankfort, the Lord Jesus is still in the throne room! Why should we have a panic attack if the Governor-elect isn’t who we wanted?

2. Our responsibility to pray for our elected officials doesn’t disappear if we didn’t vote for them. God is clear in His Word that He has established authority for us to obey.

Let me offer you three ways that I plan to pray for Governor-elect Beshear this week and every week.

1. I pray that Governor-elect Beshear will govern with Christian civility.

Maybe you are like me. I am exhausted with the incivility in politics (and society) today. We are so tribalistic that we don’t view disagreements of policy or governance as just that. They are often received as an attack on our personhood. This is a damaging development in American politics. It is especially damaging for Christians who are first and foremost a part of a greater Kingdom. I long for the days when we could disagree about policy without yelling at each other on social media. I believe this starts at the top.

2. I pray that God will change the heart of Governor-elect Beshear on abortion.

I believe the single reason this race was so close, although Governor Bevin was polled as one of the least popular governors in the country, is because of the inability of most Christians to vote for a pro-choice candidate for governor.

I will be forever grateful to him for that. Unfortunately, Andy Beshear does not hold these same Christian principles. As Attorney General of the commonwealth of Kentucky, he refused his responsibility to defend abortion bills passed by the legislature. He was endorsed by NARAL, a blatant pro-choice organization that supports abortions of any kind. Governor-elect

Beshear has even promised to make every effort to codify abortion into state law if the U.S. Supreme Court were to strike down Roe v. Wade, the most devastating judicial ruling of our lifetime.

Because Andy Beshear was the most radically pro-choice mainstream candidate in the history of our commonwealth, I found it absolutely impossible to vote for him. But now, I will pray that God would open his eyes to the evil of abortion. I pray that he would see it not simply as a medical issue but the gospel issue that it really is.

Our responsibility as Christians is to protect life at every stage and that begins in the womb! Let’s pray that God will change his heart on abortion.

3. I pray that God will protect Governor-elect Beshear and his family.

I can’t imagine the stress that serving in such a high-profile position brings upon a family. Even as a pastor of a church of a little more than 200, I get exhausted. I can’t imagine leading a state of 4 million!

That’s no different for elected officials. I also pray that in such a polarized time, that God would physically protect his family so that he can be the absolute best governor he can be.

Josh Schmidt is pastor of First Baptist Church in Grayson, Ky., and serves as second vice president of the Kentucky Baptist Convention.