Noe to receive 2019 KHSA Teacher of the Year Award 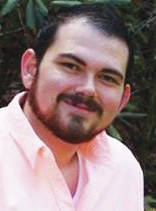 A KCECO Head Start teacher in Harlan County was recently named the recipient of the 2019 Kentucky Head Start Association’s Teacher of the Year Award. Tommy Noe will be honored during KHSA’s 2020 Annual Conference in Louisville.

In a KHSA letter addressed to Noe, Executive Director John Mountjoy congratulated him on the award, providing details of the upcoming conference in Louisville.

“This award recognizes exemplary teachers who have strong long-range potential for leadership and the ability to inspire a love of learning in young children,” Mountjoy said. “This honor was established to elevate the status of the teaching profession by creating opportunities to recognize the most accomplished members of this profession.”

Mountjoy added additional “session and logistical information” will be sent to Noe at a later date so his family and friends may join him in “this unique recognition.”

“I’m truly humbled to receive such recognition. Receiving this award is such an amazing honor,” Noe said. “My father was a custodian, so I spent many hours with him at the school. I honestly believe that is what set the foundation for me to enter into the education field and inspire young children to learn.”

Noe said he would sit in his father’s office pretending he was a teacher and “I’ve never imagined myself as anything else.”

“Having won this award, they nominated him to be included in the entire state of Kentucky’s head start teacher of the year,” said Noe’s spouse. “After two 500-word essays, 10 references and submitting videos, Tommy was notified yesterday [Oct. 22] by the executive director of head start that out of 120 counties in the state of Kentucky, he has won this prestigious award.

“Tommy is such a humble person and would never have contacted anyone to let them know. He won’t even post it on his social media because he doesn’t want people to think he is bragging. I feel that this is such a huge honor and award that he should shout it from the rooftops.”

Noe is a 2011 graduate of Harlan High School. He received his bachelor’s degree in 2015 from Lindsey Wilson College. Upon graduation, he started his career with KCEOC Head Start. After four years, he took the position as lead teacher at Tri-Cities Head Start. He enjoys spending time with his family and teaching gymnastics/cheer at BC Elite, which he owns and operates.

Noe will accept his award at The Galt House during KHSA’s 2020 Annual Conference on March 17-19.