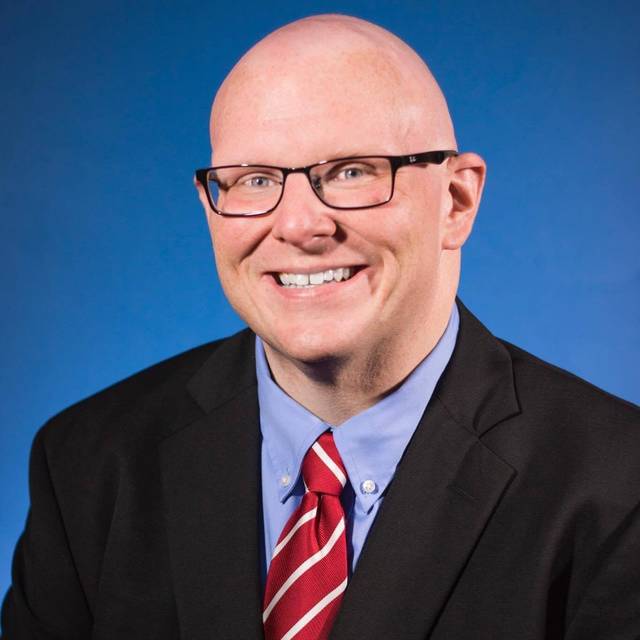 After roughly two months of serving as Harlan County Deputy Judge-Executive, Brandon Robinson is back on the air at WYMT-TV, returning to what he says is like “putting on your favorite sweater on a cold day – it’s comfortable.”

Robinson took to Facebook on Oct. 15 to make his resignation public, saying “this was not an easy decision and a lot of factors went into it.

“County government is very challenging. There is a lot more to it behind the scenes than most realize,” he said. “There are so many things that we would like to do for the people we serve, but there are a finite amount of resources, money and time.”

Robinson went on to ask his audience to “please remember that” the next time they phone the judge-executive’s office.

“My decision was mainly because I missed my passion in life – forecasting the weather,” Robinson said. “While I have been filling in on the weekends, it’s not the same. Broadcasting isn’t just a job for a lot of people. It’s a way of life. Once you’re bitten by the bug, it’s hard to get rid of, especially when I went to school for it and have done it for most of my adult life.”

Robinson ultimately decided, although it was a pleasure to serve the locals of Harlan County, he felt more at home being the familiar meteorologist for the region. He also expressed his appreciation to WYMT-TV general manager Neil Middleton for “being willing to bring me back to the Mountain Family.”

Robinson returned to WYMT on Monday to continue his career in news and weather forecasting.

In an interview with the Enterprise, Robinson said, “I’m in my element there. I’ve worked and continue to work with some of best in the broadcasting business.”

He added he wanted to do weather forecasting from a young age, so while he appreciated the opportunity to come home and serve, “I’m excited to come back to serve our whole region in the best way I know how.”

Robinson is a Cumberland native, graduating from Cumberland High School in 2001, Southeast Kentucky Community & Technical College in 2003 and Morehead State University in 2006.

Robinson has been a staple in the Harlan County for nearly two decades, volunteering and raising money for the American Cancer Society’s Relay for Life and Tri-City Empty Stocking Fund.