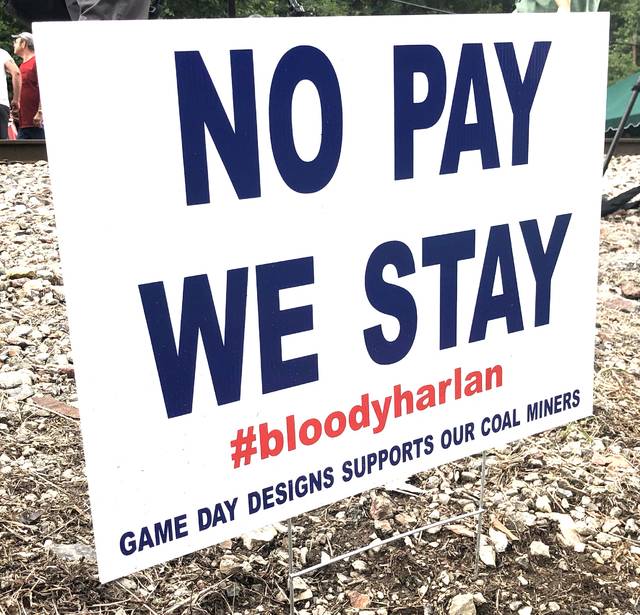 Former Blackjewel miners are finally seeing a light at the end of the tunnel as back-pay checks are said to begin rolling out in the coming week.

After more than three months of fighting for the paychecks taken out of their accounts, former Blackjewel miners are finally seeing a light at the end of the court-hearing tunnel. Blackjewel has agreed to pay $5.47 million in wages not paid between June 10 and July 1 to miners in Kentucky, Virginia and West Virginia.

While lawyers continued to meet in scheduled court hearings, two mines owned by the company in Wyoming were sold to Alabama-based FM Coal. As a result of the sale, laid-off miners across the eastern region will receive their missing paychecks in the next couple weeks.

“Our labor cabinet has worked diligently with the Trump Administration since July to ensure that the miners affected by the Blackjewel closing are rightfully compensated,” Bevin said. “I am grateful that our perseverance has provided welcome and deserving news for the miners and their families. May we always appreciate the hard work of our coal miners, and may we always fight as hard on their behalf as they do to keep the lights on in our communities.”

The money will be paid out to 658 of Kentucky’s Blackjewel miners from the Black Mountain and Lone Mountain mines.

According to a prime clerk report, Blackjewel Attorney Stephen Lerner said the paychecks will be disbursed to the last known address of the employee.

Harlan County Judge-Executive Dan Mosley expressed his gratitude to those fighting for the miners’ paychecks on a post to Facebook, saying “today is a great day.”

“Thank God for getting us all through this situation,” Mosley said. “I am overcome by emotion and my heart is overjoyed with this victory.”

Mosley said more details regarding the back pay would be released soon.

Although the adversary class-action lawsuit filed against Jeff Hoops Sr., Jeff Hoops Jr. and Lexington Coal remains on hold until the Blackjewel bankruptcy is resolved, miners and officials alike hope to get the ball moving on the case soon.

“The cabinet will continue to represent the interests of the miners in ongoing court proceedings and will continue to pursue aggressive legal action against Blackjewel for its failure to secure a performance bond,” said Bevin.