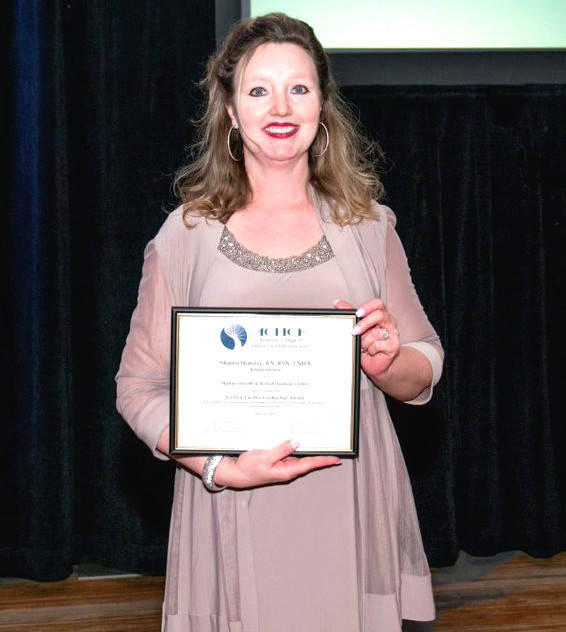 The leadership award was celebrated at ACHCA’s Annual Convocation and Exposition in Louisville in March. Only 7 percent of facilities nationwide qualified. This year, 1,129 facilities met the selection criteria. In 35 states, 286 administrators were awarded the facility leadership award nationally.

Based on the premise that facility excellence reflects leadership excellence, this award recognizes the administrator of record who provided such leadership for the full 2018 calendar year. Eligibility for this award is based on three years of skilled nursing facility (SNF) survey data, including the Health, Fire Safety and Complaint Surveys, as well as top quartile performance on designated Quality Measures.

The criteria also include at least an 80 percent or greater facility occupancy and a three‐year avoidance of a Special Focus Facility status. This prestigious award is made possible with the support of ABILITY Network Inc.

The Facility Leadership Award was introduced in 2008 by one of ACHCA’s most revered leaders, the late Eli Pick. A former executive director of the Ballard Rehabilitation Center, DesPlaines, Illinois for over 30 years, Eli embodied excellence as an administrator that cared for his residents, their families, and his community.

This award is presented annually in memory of Eli, a consummate member of ACHCA, dedicated to advancing professionalism and leadership in long term care.

ACHCA’s diverse membership includes administrators from across the continuum of post‐acute and aging services care.