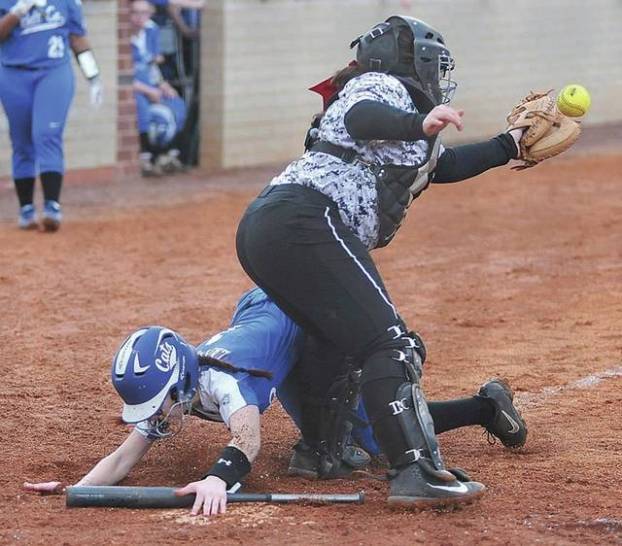 In winning four of their first five games to open the season, the Harlan County Lady Bears had yet to play like the rebuilding team everyone expected from a squad hit hard by graduation last spring.

That team showed up Tuesday in a 6-3 loss to visiting Bell County, the first loss to the Lady Cats for HCHS since the 2013 season, ending a 12-game streak. The Lady Bears came out flat, falling behind 4-0 after one inning, and never quite recovered.

“We were flat, and I tell them if you give a team like Bell hope this will happen,” Harlan County coach Tim McElyea said. “Bell has improved and had some timely hits. They deserved to win. We started 4-1, but I told the coaching staff we’ve lost 10 players and we’ll have some days like this.”

For Bell County, the district victory was the second straight after a 15-game losing streak. The Lady Cats had lost 33 of 34 district games stretching back to 2014 but are now 4-1 overall and 2-0 in the district under first-year coach Alex Barnett.

“It was a good win. Our girls knew we had to come out strong and ready, and that’s what they did,” Barnett said. “We stress to them that you have to have the desire to win. If you don’t come out with the desire they will get you from the beginning.”

Bell County was the team starting strong as Raegan Robbins, Sarah Brooks and Mackenzie Napier each had first-inning hits. Amber Lawson, Mackenzie Griffin and Robbins had hits later in the game.

Robbins led off the game with a hit and scored on Brooks’ one-out single. Kayleigh Saylor reached on an error to bring in the second run. Napier followed with a two-run double to right.

The four-run first was enough for Bell seventh-grader Mackenzie Miller, who scattered eight hits while striking out nine and walking three. McElyea didn’t like the Lady Bears’ lack of aggressiveness at the plate.

“The girl on the mound for them threw strikes,” McElyea said. “But we weren’t aggressive. We struck out looking so many times. I don’t understand that. We had been swinging the bats well.”

“She is young, but she is working hard,” Barnett said. “She hits her spots, and I thought our defense was pretty good. We started the season with a lot of errors, but it seems we’re maturing as the season goes on.”

Kerrigan Creech suffered the loss as she gave up six runs on four hits with two strikeouts and four walks in 5 1/3 innings. Destiny Clark allowed two hits with one walk in 1 2/3 innings.

Kerrigan Creech’s two-out, two-run single in the sixth inning put HCHS on the board. Johnson doubled and scored on Adams’ single with two outs in the seventh inning.

Both teams continue district action Thursday as Harlan County is home against Middlesboro and Bell County will play host to Harlan.

MINNEAPOLIS (AP) — It was an easy question to ask, even if the answer was tough to absorb. “Why?” It... read more