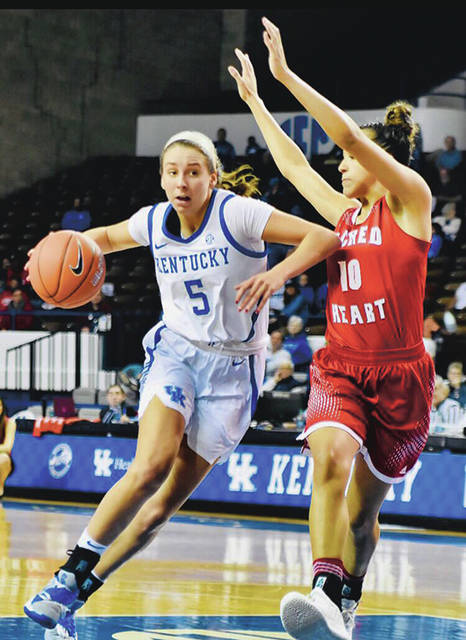 Kentucky’s Blair Green has been named to the All-SEC Freshman Team after averaging 5.7 points per game this season.

She was a perfect 5-of-5 from the field and 2-of-2 from long range at Auburn scoring 12 points with three rebounds, a block and an assist. Green played a season-high 33 minutes against Florida scoring eight points with five rebounds and two steals playing at the top of UK’s press while she scored 13 points in the season opener, which was tied for the seventh most points by a UK player in their varsity debut in program history.

Missouri’s Cierra Porter was named 6th Woman of the Year while the Kentucky’s Rhyne Howard was named Freshmen of the Year. Scholar-Athlete of the Year honors went to the Wildcats’ Maci Morris.

For only the second time in SEC history, Co-Coaches of the Year were named. Kentucky’s Matthew Mitchell and Mississippi State’s Vic Schaefer share the honor. It’s the second honor for Mitchell, while Schaefer has been honored three times.

First-team and second-team All-SEC honorees, All-Freshman team, All-Defensive team, along with Player, Coach and Freshman, Defensive Player, 6th Player and Scholar-Athlete of the Year were chosen by the league’s 14 coaches.

BRENTWOOD, Tenn. – The 2018-19 season has been one of resurgence for Tennessee Tech women’s basketball, and on Tuesday afternoon,... read more