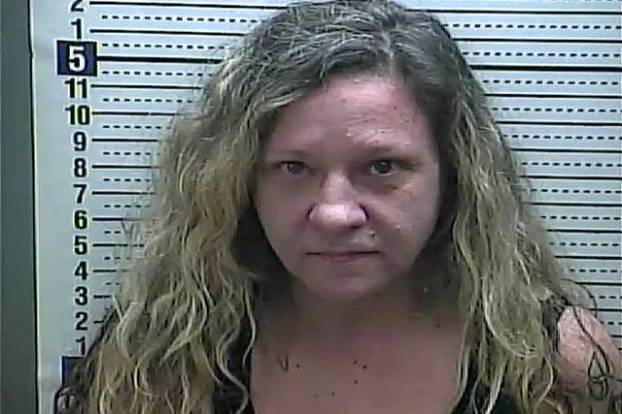 A Keavy woman was ordered to begin a prison sentence of 10 years after her probation was revoked recently in Harlan Circuit Court.

According to the probation revocation order, Owens entered a plea of guilty to second-degree trafficking a controlled substance and second-degree persistent felony offender on Jan. 18, 2017. She was sentenced to three years in prison. The persistent felony offender enhancement increased the sentence to a total of 10 years in prison. She was granted probation for a period of five years and additionally ordered to leave Harlan County, having no contact with Harlan County for a period of five years. The probation was ordered supervised through the Office of Probation and Parole.

The probation revocation order states Owens failed to abide by the terms and conditions of her probation, evidenced by Probation and Parole Office Adam Brock’s violation of supervision report. On July 6, 2017, Brock stated Owens’ last contact with the Office of Probation and Parole was via telephone on May 6, 2017. On Jan. 4, 2018, Owens was released from the Harlan County Detention Center and ordered to begin treatment at Liberty Place, a facility in Richmond. Owens did not report to Liberty Place by 10 p.m. on Jan. 4, resulting in her failing to attend substance abuse treatment.

Hendrickson found Owens failure to comply with the condition of supervision to be a risk to prior victims and the community, and ordered her probation revoked, according to the probation revocation order.

Owens was remanded into custody to begin serving her 10-year sentence.

FRANKFORT, Ky. (AP) — Kentucky teachers plan to ramp up their rallies in support of education funding and to preserve... read more