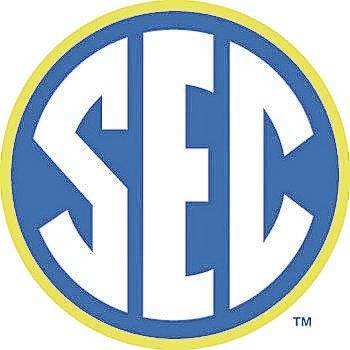 Kentucky can breathe a sigh of relief going into the Southeastern Conference Tournament.

Although the Wildcats suffered an 80-67 setback at Florida in the regular-season finale in Gainesville Saturday, Kentucky still received a No. 4 seed and a double-bye for next week’s league tournament following Missouri’s 77-67 victory over Arkansas Saturday night in Columbia.

The Wildcats will take on either Georgia, Vanderbilt or Missouri in the quarterfinals set for 3:25 p.m. Friday. Georgia, the No. 12 seed and Vanderbilt, No. 14, will play each other at 7 p.m. Wednesday night in the first of two first-round games. Missouri plays the winner at 3:30 p.m. Thursday.

Auburn and Tennessee shared the regular-season crown, but the Tigers will be the No. 1 seed in the tournament next week in Saint Louis. Tennessee is the second seed, followed by Florida and Kentucky. Prior to the Tigers’ win over the Razorbacks, Kentucky coach John Calipari didn’t care about the team’s finish in the final league standings.

“You know I can’t stand tournaments anyway,” he said. “I’m not a big proponent of playing three or four days in a row here at the end of the year. We already have a league champ. What are we doing this for? So that’s me.”

Kentucky (21-10, 10-8) had a four-game winning streak snapped as Florida (20-11, 11-7) swept the Wildcats for the sixth time in school history and claimed its sixth win against ranked teams this season. Kentucky managed just six assists — four by Shai Gilgeous-Alexander — and couldn’t overcome a 23-point deficit in the second half despite pulling to within nine following a 7-0 run with 6:41 remaining.

“First of all, we put ourselves in a deep hole,” Calipari said. “Second of all, we didn’t pass today. I don’t have any idea why we didn’t pass the ball to each other. If you have two guys on you, even you guys could figure this out, somebody is open. If you have two guys on you, that means throw it to somebody. Even if you just quickly get rid of it so that guy can find an open man.”

Calipari said the loss was reminiscent of the team’s play to open February when the Wildcats lost four straight contests, a stack of setbacks that eliminated Kentucky from the conference race.

“We reverted,” he said. “This is how we played a month ago. Now you end up with six assists, 13 turnovers, come on. You can’t win playing that way. (We) didn’t pass the ball. Now all of a sudden, we’ve had five guys in double figures for three games, four games. You ready? Now all of a sudden we’re doing this and you barely get four. Two guys get 11 and that was at the end of the game. Hopefully, this wakes us up, but again, I told them ‘learn from it. You’re young.’”

In his team’s win over Ole Miss earlier this week, Calipari said the Wildcats “weren’t connected.”

“I saw it,” he said. “And here’s a team, they shoot 50 percent against us and made 10 threes. I could see we weren’t connected (against Ole Miss). You think you’re better than you are and the way you play is you’re in a dogfight and you’re going to play harder than the other guys. We didn’t do it against Mississippi and we didn’t do it today. We’ve got a couple of days to get regrouped before we go this week into St. Louis and let’s see if we can get it right. But if we play this way, you’re not winning.”

Although not a big fan of conference tournaments, Calipari said the goal is to gain momentum for the Big Dance.

“Our fans at Kentucky love this tournament,” he said. “They love it, so we go and try to play as well as we can for our fans but the only thing we’ll use this weekend is for the next weekend. That’s it. I’m not a big conference tournament guy. Never have been. Never was at UMass and I never was at Memphis. The next tournament is the real one.”

CORBIN — A regional semifinal showdown between Corbin and Knox Central on Saturday didn’t quite live up to expectations. Paced... read more