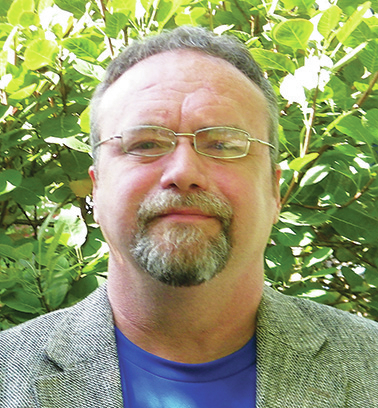 An ordinary man with an extraordinary mission

Like many of you, I’m very sad about Billy Graham passing away. Those who are younger will probably not have the familiar connection with him like some of us older folks, but nonetheless, I’m sure his books and recordings will continue having a beneficial impact on future generations. Throughout my childhood, I remember my parents always dialed in our old television set to watch Billy Graham evangelistic crusades and even though as a typical child I thought church services were somewhat boring, I would still sit and listen. In fact, I may not have realized it at the time, but I’m convinced his messages had a positive effect on my spiritual calling and helped influence me into a life of ministry.

He had such a mesmerizing voice and would speak with such passion that you could not help but feel this was a truth being relayed from heaven. I believe his sense of urgency along with expounding the ever-important subject about Jesus being crucified and where we are going to spend eternity caused his audience to be riveted to their seats. I recall when my grandparents would come to visit and if Billy Graham was on, my dad would tune in as his parents also appreciated Mr. Graham’s ministry. My grandmother would pull out her handkerchief and every now and then she would wipe a tear from her eye. I did not understand what was going on at the time but after I grew up I realized she was being blessed and moved deep within her soul. At his funeral, his son Franklin presented this quote from his father, “No matter what your problem is, if you and I could sit down and talk, I would want to tell you one great truth: God loves you, and He can make a difference in your life if you will let Him. God loves you so much that He sent His Son into the world to die for your sins. When we open our hearts to Christ, He forgives our sins and comes to live within us by the Holy Spirit. He also gives us strength for the present and hope for the future.”

It’s estimated that in his lifetime he preached to live audiences totaling over 215 million people in 185 countries. This along with his books and resources is more than anyone else has ever relayed the gospel of Jesus. He was an ordinary man with an extraordinary mission. He knew what God wanted to say and was used as a vessel of honor to demonstrate the authority of God’s Word. It’s never the charismatic personality, intelligence or ability of humans that can change another person, but rather it’s the power of divine truth that convicts the conscience and allows God to transform a life. The opportunity to be forgiven and to accept Christ is available right now as I close with this last quote,“God proved His love on the cross. When Christ hung, and bled, and died, it was God saying to the world, I love you.”

Dr. Holland lives in Central Kentucky where he is a Christian minister and author. Ask for a free copy of his new CD, “Keeper of my soul,” at www.billyhollandministries.com.

It doesn’t always have to be a teen vs. parent fight

Parents and teenagers are always going to disagree about some things. It’s simply the nature of the beast. You, as... read more