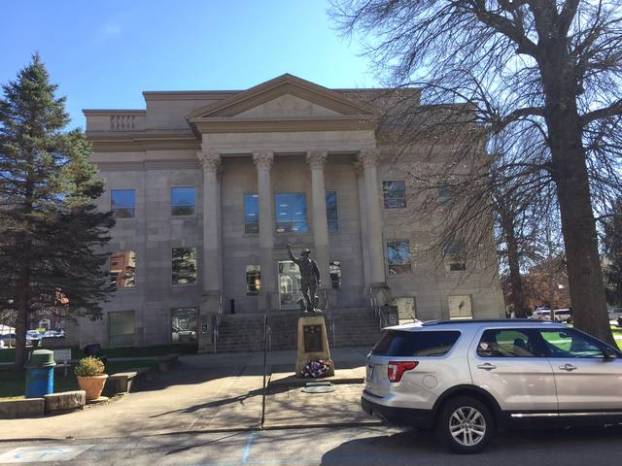 The county’s votes will be tallied at the Harlan County Courthouse when polls close for the upcoming primary on May 22.

The deadline for voters to register to participate in the upcoming primary election is rapidly approaching.

Harlan County Clerk Donna Hoskins said voters must be registered by April 23 in order to vote in the May 22 primary election.

Hoskins pointed out a voter must be a registered party member in order to vote in that party’s primary.

Hoskins explained the criteria for casting an absentee ballot has yet to be set.

Hoskins said the percentage of voters in the primary may be high.

Hoskins explained people changing their voting precinct or voting for the first time must register by the April 23 deadline.

“Anybody who has a question about which precinct they are registered to vote in should check with us at the Harlan County Clerk’s Office,” Hoskins said.

According to a previous report, a total of 51 candidates have filed for 19 county offices.

Candidates for Harlan County Judge-Executive include incumbent Dan Mosley who is unopposed in the Democrat primary. Darla Carter Heflin and Clair Stines are seeking the Republican nomination.

Parker Boggs and Jason Jackson will square off for 26th District Commonwealth’s Attorney as Democrats. No Republican has filed.

Incumbent Philip Bianchi is the only Democrat seeking the office of Harlan County Coroner, while John Derrick Noe is seeking the Republican nomination.

The Democrat party ticket for District 2 Magistrate is left to incumbent Bill Moore. Royce Wynn is the sole Republican candidate.

Incumbent David Kennedy and Tommy Jenkins are seeking the nod for District 3 Magistrate as Democrats. Republicans running for the nomination are Tyler V. Blair and Paul L. Browning.

Incumbent Jim Roddy is the sole Democrat choice for the primary, while Hiram G. Fields seeks the Republican nomination for District 4 Magistrate.

Incumbent James Howard is once again seeking the nomination for District 5 Magistrate as a Democrat along with Freeman Clark and Gordon Barton. Republicans Dell Long and Rick Torstrick will square off for the Republican nomination.

Clyde Payne is running as a Democrat for District 2 Constable. No Republicans have filed for the office.

John Scott is seeking the nomination as a Democrat for District 4 Constable. Dale R. Halcomb Jr. is running for the Republican nomination.

The results are in for the 2018 Shop & Share fundraiser for domestic violence, with approximately $4,000 raised locally for... read more