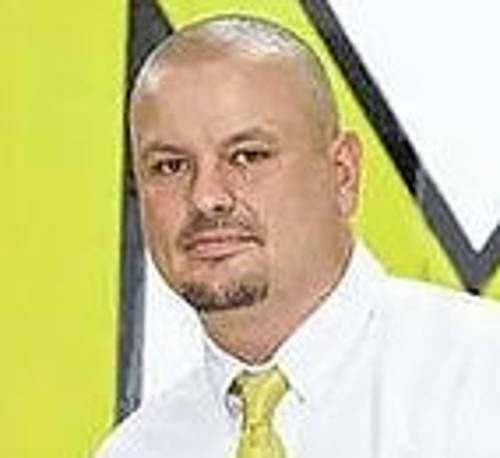 March Madness to be on display at Corbin Arena

It’s officially that basketball time of the year in Kentucky that all roundball fans wait anxiously for…March Madness!

When Madness strikes in the Commonwealth, it strikes in the form of tournament play from the Kentucky Wildcats and their run through the postseason to the area high schools doing battle in the 64 district tournaments and 16 regional tournaments. Those games all culminate in “The Greatest Show In Hoops,” the Sweet 16.

Before one deserving team from the 13th Region makes its trek to Rupp Arena to do battle with the other 15 regional champions to be crowned state champion, eight worthy teams will battle in The Corbin Arena beginning with first round games Thursday and Friday night.

In the first game, the Harlan Green Dragons, 52nd district runners up, will face the Knox Central Panthers, champions of the 51st District. The Green Dragons come into the tournament playing really good basketball after a slow start to the season. The Dragons feature strong guard play and 3-point marksmanship led by Kilian Ledford, Cade Barnes, Jacob Wilson and Jordan Akal. The Panthers make the trek down 25E as a tournament favorite after going 26-5 and 13-2 in region play. The Panthers love to get out and run the floor led by their Mr. Basketball candidate guard Markelle Turner and forward Nick Martin.

In the next game, the 50th District champion Corbin Redhounds will play the runners up from the 49th District in the Jackson County Generals. The Hounds finished at 22-7 and are led by their own Mr. Basketball candidate guard Andrew Taylor and southpaw shooters Chandler Stewart and Chase Sanders. The Generals are picked by several to be a Cinderella story in this year’s tournament due to their late season push. Jackson has been led by center Tanner Harris and guards Hunter Bowling and Drew Akemon.

Game three promises to be the best first-round game in the tournament as the South Laurel Cardinals and the Harlan County Black Bears square off Thursday night. Both teams come into their matchup with identical 20-8 records and split their regular season matchups as well. The Cards, runners up in the 50th District, are led by junior sharpshooter J.J. Ramey and senior guard Ryan Anders. The Bears come into the game as 52nd District champions and the defending 13th Region champions and are led by senior guard Andrew Creech, senior forward Tyrese Simmons and junior guard Alex Pace.

The final first-round game Thursday night pits the 49th District champion North Laurel Jaguars and the Lynn Camp Wildcats, the 51st District runner up. The Jags hold the best record in the region at 28-4 and have been very solid all year. Lynn Camp (23-7) is the defending 13th region All A champions and is led by high scoring senior guard Tanner Boggs (25.7 ppg), and sophomores Jacob Balew (11.2) and Max Burd (13.2). The Cats put a major scare into the defending champion Bears last year, taking HC to the wire before falling 56-51 in opening-round play.

The four winners will collide in the region semifinals Saturday afternoon at the Arena. The first semi finalwill be played at 1:00 and the second at 2:30. The championship game will be played Monday night at 7.

In the words of NFL wide receiver Terrell Owens, get your popcorn ready, its gonna be a show!

Shane Shackleford is a sports columnist and can be found in several regional and online publications. You can reach Shane via email at coachshack50@gmail.com, on Facebook, and on Twitter @shack_daddy_1.