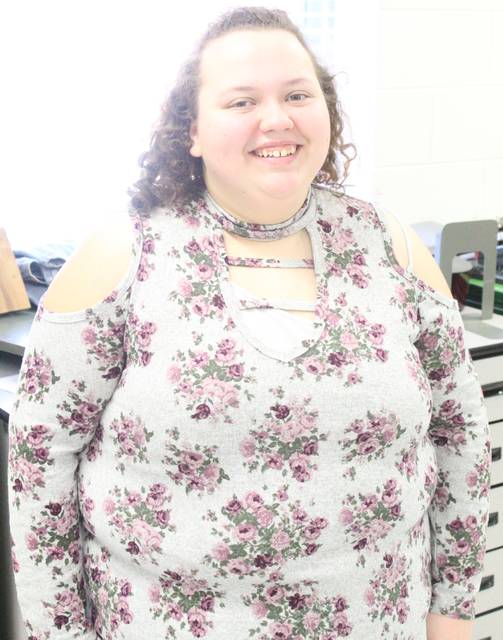 Attacking fear by stepping on stage

I don’t know if I’ve ever felt as nervous than I have since I decided to try out for the school musical. I remember being forced into public speaking in elementary school and presenting a speech about the Great Wall of China to a room of strange grown-ups, all there to watch and listen and, ultimately, judge me. Even that doesn’t compare to the fear that consumes me when I think about performing in front of my peers.

Isn’t that funny? How I’m more scared now, as a 17-year-old in front of people I, at least kind of, know than when I was as a 10-year-old in a room of strangers?

Maybe that’s because I had my mom there, someone to look to if I stuttered too often or if I felt my legs shake too hard. Maybe it was because I knew that those strangers were only there to do their jobs, and anything they said or thought was just business, nothing personal. But if people I know judge me, I know that it isn’t because they have to, it’s because they choose to. That makes all the difference.

What does it say for our society when you fear people you’re acquainted with more than a child fears a room of adults she’s never met? A girl I know told me that once, when she was cast as a tree in the school play, people in the audience took pictures of her and sent them around the school to make fun of her. It’s terrifying to picture myself in her place, being a joke that people send to their friends without thought. I don’t want that for myself. So, everything in me says that I should back out now, while I still have the time. That I shouldn’t even try, because it’s too easy to do one wrong thing and be marked by that for months afterward.

But I can’t allow myself to do that. If I do, if that happens, I don’t know if I would be able to recover. Sure, after years of it, I’ve gotten used to the fact that every now and then I’ll hear a passing insult and move on. But living here is the first time in a long time that I haven’t had to deal with at least one person targeting me constantly, and I’m not sure I can lose that certainty so close to graduation.

Everyone has always told me that God is a presence — He is someone you can’t see or hear or touch, but if you believe, then you will feel Him.

The thing about that is, if I can’t feel anything, I’m left in the dark. The only way my family has ever explained their unwavering belief in God is that they just know, and they just have faith. But I’ve always wondered if that’s something you’re born with — the ability to maintain faith, even when nothing in your life shows signs of Divine Intervention.

I really haven’t been through a lot. I have lived with abusive, manipulative men, and both of my grandfathers have died, but aside from that, I can’t say I’ve surpassed any obstacles. So it’s never been clear to me why I can’t find that sense of belief I’ve heard so much about in my life. It almost scares me, the thought of everyone in my life going to Heaven while I… well, you know. But I just can’t find any faith inside myself.

I mentioned that I’ve never been through hardships, but if I think about it enough, I know that everyone around me had. Maybe I was once capable of “knowing salvation.” Maybe the godless world I live in has taken that hope away. Maybe if I saw some proof, if I saw the people in my life who believe in God and pray to Him and give Him everything they have live happy lives and be spared the same hardships that non-believers experience, I could be a little more convinced.

But God is a feeling, not something you can prove or see. And I can’t feel anything.

On friends left behind

I have new friends now — new people to run to when something exciting happens in my life. They’re here, and you’re there, and it still feels like something is missing. You’re still missing.

I get the urge to just message or call you at random points in the day and pretend that there’s nothing gone at all, like we’re still 16 and best friends. But then I remember that I can’t, because we aren’t, and it feels like I’m dragging a corpse out of its casket 20 years after the fact for the closure I never received.

I miss you every day, and feel our friendships fading more and more with time, and I wonder what we could have been.

Sheridan Hogg is a senior at Harlan County High School and is a member of the Bear Tracks newspaper staff and a student in John Henson’s communications/creative writing class at HCHS. This is a continuing series of columns produced by student writers. You can contact Henson at john.henson@harlan.kyschools.us for more information on submitting a column.

The next pandemic will come sooner or later; the CDC needs money to prepare

Pick any of the serious infectious-disease outbreaks of recent years, and the chances are it started in one country and... read more