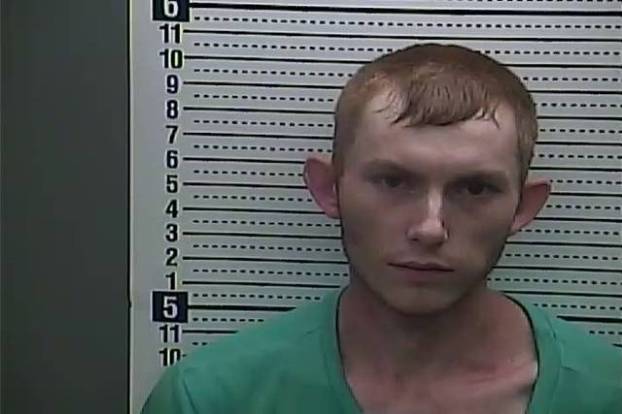 The Harlan County Detention Center staff reported at approximately 1:15 p.m. on Thursday that inmate Bill Patterson, 33, was missing during the final head count which was done while loading the vans at the end of work duties performed upon Daniels Cemetery in Smith.

HCDC staff report the Inmate Work Release Program vans unloaded the inmates at approximately 1:05 p.m. and performed a head count before directing inmates to remove the rainwater destroyed flowers and debris from the cemetery at Daniels Mountain. When all the debris was securely off the cemetery, the vans were loaded at approximately 1:15 p.m. and the departing head count was performed, revealing Patterson missing.

The jail administration was notified and local law enforcement and dispatch were all informed of the situation.

Patterson is a local from the Wallins Creek section of Harlan. He is described as a Caucasian male standing at 6 feet tall and weighing 158 pounds. He has distinctly red hair with a pale complexion. He has a tattoo on his left forearm. He was last seen wearing orange pants, orange toboggan, a white T-shirt over white long-sleeve thermals and work boots.

Patterson had been participating in the Inmate Work Release Program since Feb. 2.

If you have any information on the whereabouts of the escaped inmate, please contact your local law enforcement agency.

While rap and country music may be the most popular among today’s teenagers, Harlan County High School junior Trey Farley... read more