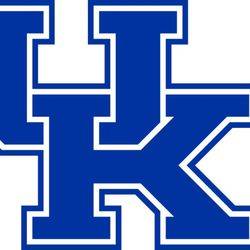 Calipari ‘not cracking’ despite losing streak

A preseason favorite to win the Southeastern Conference title, the No. 24 Wildcats (17-8, 6-6) slid into a four-way tie for fourth place with Mississippi State, Texas A&M and Arkansas in the current league standings.

Despite the loss, Calipari, whose 59th birthday was Saturday, said he’s not backing down and remains committed to his squad.

“I’m not cracking,” he said. “This doesn’t faze me. I’m not mad at them. They’re young (and) I’m not frustrated. … I’ve coached 30 years and all I’m thinking about is how do I get these guys to play two halves the way they played the first half.”

The Aggies (17-8, 6-6), one of two conference teams on a four-game winning streak, continued their recent surge after opening conference play with five straight losses, including a 74-73 loss to the Wildcats on Jan. 9 at Rupp Arena. Texas A&M trailed the Wildcats 30-26 at halftime, but opened the second half with a 22-4 run that spanned more than five minutes to regain the lead for good.

“We did a really great job in the first half, holding them to only 26 points,” said Kentucky forward Kevin Knox, who led the Wildcats with 18 points. “Then the second half, I don’t know. They just came out—I think they shot 70 percent, he said, in the second half. That’s crazy. That’s a really good number. You can’t win any games with teams shooting 70 percent. We just had a lot of defensive lapses, no communication in the second half, gave up some second-chance points, wide-open shots. Next thing you know, we would be down 15.”

Although his team is struggling, Calipari doesn’t think the players have given up on winning the conference title.

“A big part of it is they have to want stuff to happen,” Calipari said. “I believe they do. I believe they’re embarrassed by their play. If I didn’t—I told them, ‘If I want this worse than you want this, please tell me so I can start taking my wife to movies and dinners.’ But they want this. They want it for each other. It’s just it’s a tough deal.”

“What it becomes is, why is it happening?” Calipari said. “Again, you’re so into how you’re playing you can’t give that energy to the team. That’s what young guys do and I can’t seem to get them over that hump. They’re more concerned about how they’re playing and then when they’re concerned they look really bad individually.”

Kentucky doesn’t have much time to dwell on the loss. The Wildcats are at league-leading Auburn Wednesday and host Alabama Saturday. Calipari said the team’s selfish play and the overall improved play in the conference has resulted in his team’s recent slide.

“There’s not enough trust there yet,” Calipari said. “And it’s not just one guy. We got a bunch of guys that, you know, not doing the stuff that we need. Look, this league is unbelievable. It’s a heck of a league. I think we’re probably—our strength of schedule’s probably five or six in the country and I imagine even after this game our RPI is probably 14, 15, 16. And we’re—‘Kentucky! Cal’s gonna go—’ No, no. We just gotta get a game where we put two halves together and let the winning take care of itself and we’ll go from there.”

Calipari said the Wildcats have time to turn the proverbial corner, but admitted his team can’t waste many more opportunities.

“We still got time,” Calipari said. “I’ve been in this situation a couple different times at Kentucky and you know every team we play is giving us their best shot. So when we get this, we’ll bust through, but it’s getting old right now. Each week that goes by, it gets harder and harder to get this thing to where you want it to go.”

Calipari also is looking for a leader to stand up and take charge going into the final three weeks of the regular season.