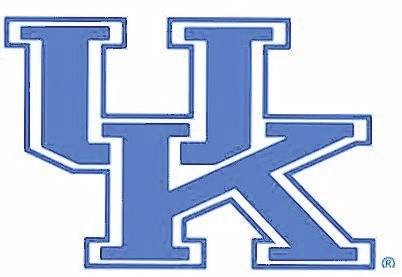 LEXINGTON (KT) — John Calipari isn’t sure what to expect when his team takes on UCLA Saturday, but the Kentucky coach is confident the Wildcats will fare well in New Orleans.

“I’m walking out of practice feeling good,” he said. “Don’t know what that means. Does that mean we’re good enough to beat UCLA? I don’t know. When I watch the tape, I’m scared to death. Steve (Alford) does a great job. We’ve played against each other a bunch now.

“We’ve coached against each other a bunch. He’s a good friend. The sad thing is one of us has to – can we tie in this game? Are there any ties? Someone’s gotta go to Christmas feeling sad. I hope it’s him, but it could be me.”

The seventh-ranked Wildcats (9-1) had lost two straight to the Bruins — both during the regular season — before defeating Alford’s squad 86-75 in the Sweet Sixteen last year at FedEx Forum in Memphis.

In its first two neutral-site games this season, Kentucky lost to Kansas, 65-61 in Chicago and defeated Monmouth 93-76 at Madison Square Garden nearly two weeks ago. So far this season, Calipari has been pleased with his team’s performances away from home.

Like Calipari, Kentucky’s players don’t mind venturing away from Lexington and exploring other venues.

“I love going on the road,” Kentucky freshman PJ Washington said. “I like going places and playing other people. We play so many games here already, so we’re anxious to go out and see other places.”

Washington added the “chemistry is great” during away games and helps the team develop more of a bond.

“We haven’t really had too many road games, obviously, but we all love going away from home a little bit,” he said. “(We’re) just getting ready to play some great teams and get some good wins.”

UCLA (8-3) lost two in a row before escaping with an 85-82 triumph over South Dakota earlier this week. UCLA led by 24 with five minutes remaining before the Coyotes used a 28-6 run to make things interesting down the stretch. Prior to the three-point victory, the Bruins lost in overtime at Michigan and dropped a narrow setback to Cincinnati at Pauley Pavilion.

“They really create havoc in their spacing with pick-and-rolls, and they’re different,” Calipari said. “They’re more of a pick-and-pop team. But their big kid now is way stronger. They’ll go four around the post and throw it to him. He’s a terrific passer but maybe their best shooter. So now, he’ll step out on the floor for 3s, they’ll put him in pick-and-pops, they’ll run cuts off him to step him back.”

Although UCLA isn’t the same caliber of a team as last season, Calipari said the Bruins will “create havoc for us.”

“I’m watching games and it’s just like, OK, I can’t go over everything with this team,” he said. “There’s things that are going to happen in the game and we’re just going to have to react to it and do our best. That’s the issue with where we are.”

Although Saturday’s contest is two days from Christmas, Washington said the Wildcats aren’t looking ahead to the brief break.

“We’re focused on UCLA,” Washington said. “That’s the only thing we’re focused on right now. Then after the game we’re going to go back home and celebrate Christmas with our families.”