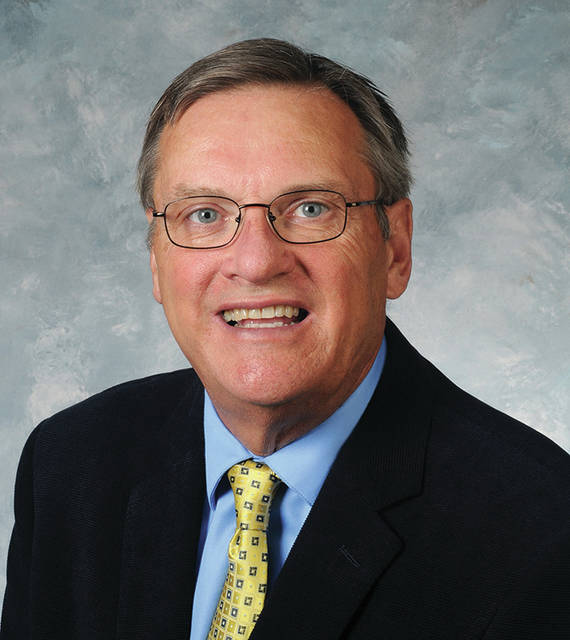 Pension reform is staying put at the top of Kentucky’s state legislative agenda as 2017 comes to a close. Lawmakers continue to look for ways to shore up our underfunded state pension systems, which some say lack as much as $64 billion or more of the funds needed to keep our promises to retirees.

The complexity of the pension crisis is not lost on the Kentucky House and Senate. Lawmakers have worked almost daily to temper a bare-bones proposal issued in August by a consultant, with work on alternative plans continuing to this day.

In fact, if you ask us, there’s only one thing that rivals pension reform in the eyes of Kentucky lawmakers: The 60-day state budget session, scheduled to begin in Frankfort on Jan. 2.

Passing a two-year state budget bill for each branch of state government is the Kentucky General Assembly’s biggest regular job, and it’s a job that no one but state lawmakers can do. If we don’t appropriate money for our prosecutors, social workers, schools, corrections, state maintenance and the state’s other needs, the money can’t be spent except in very limited circumstances. Budgeting the state’s money is our job, and it’s up to us to do it.

Yet right now, when lawmakers are faced with spending more than $1 billion in each of the next two years to slow the bleeding of our public pension systems, passing a state budget that meets all of Kentucky’s needs is difficult at best. Estimates from the Office of the State Budget Director show state revenues are up, but more revenue is needed to avoid a shortfall this fiscal year. The last fiscal year ended with a shortfall of around $138 million.

Revenue projections for the next two fiscal years look better. Preliminary budget estimates project that state General Fund dollars, which pay for most state services, will grow 2.7 percent and 2.9 percent respectively in fiscal years 2019 and 2020. Similar growth is projected annually through 2022. But how that growth translates into real numbers — and into budgeted funds — remains to be seen.

There are three areas of state government that historically cost more than any other in Kentucky: Education, corrections (or state incarceration) and Medicaid, with most spending going toward P-12 (preschool through secondary) education. As public employee health costs and pensions continue to compete for state funds, lawmakers are looking at ways to save where possible and free up more funds for education and other basic services. One of those areas being looked at is state Medicaid.

Changes to how services are delivered by the state’s Medicaid managed care organizations (MCOs) are being discussed now and are likely to be considered during session, with legislation that will improve MCOs scheduled to be introduced on the session’s first day. That legislation proposes (among other provisions) improved credentialing verification procedures for MCOs, a single national clinical review criteria and new Medicaid claim reporting requirements.

Saving the state money by allowing members of the General Assembly to leave the Kentucky Legislator’s Retirement Plan (the state’s pension system for state lawmakers) is also atop at least a few session agendas. Bills that would close the system to new and current lawmakers as soon as next August have been filed by a few lawmakers from both chambers. It is likely that at least one of the proposals will be considered in committee or beyond in coming weeks.

Another idea being floated is tax reform. Most state lawmakers have not committed to supporting broad tax reform next session, although a few tax-related measures have been filed for consideration. What’s more, many lawmakers have made it clear that current state spending should be reined in before new revenue streams are created. An increase in the cigarette tax has some support and may see some action in early 2018, but that’s not certain.

What appears even more likely are budget reductions — handled legislatively or by executive order of the governor, or both. Gov. Matt Bevin several months ago asked state agencies to look for ways to trim their budgets by as much as 17.4 percent this fiscal year and, while cuts of some magnitude had not been ordered by mid-December, they remain likely, according to the State Budget Director’s Office. Any legislative cuts would be part of state budget negotiations of the House and Senate.

Something to remember amid all the session talk we’ll soon hear is that old phrase “all politics is local.” That basically means the laws that will pass next session are the ones that most affect each region of the state. Lawmakers from regions that need better wireless and broadband services will push for expansion of that infrastructure. Criminal justice legislation will get top billing, along with bills that attract jobs by making doing business in Kentucky less costly.

To say that the next session will be enjoyable for members of the Kentucky General Assembly may be too optimistic. Hard decisions will be made, and we as state lawmakers will have to make them. It will be important during the months ahead for each of us, as Kentuckians, to remember that the future of our state begins today. We can choose to move forward or fall behind. It’s my hope that we will move forward, together.

It is an honor to serve the citizens of the 87th Kentucky House District in Bell and Harlan counties. If you need to reach me with a comment or concern, please call me directly at 606-248-8828 or send an email to Rick.Nelson@lrc.ky.gov.