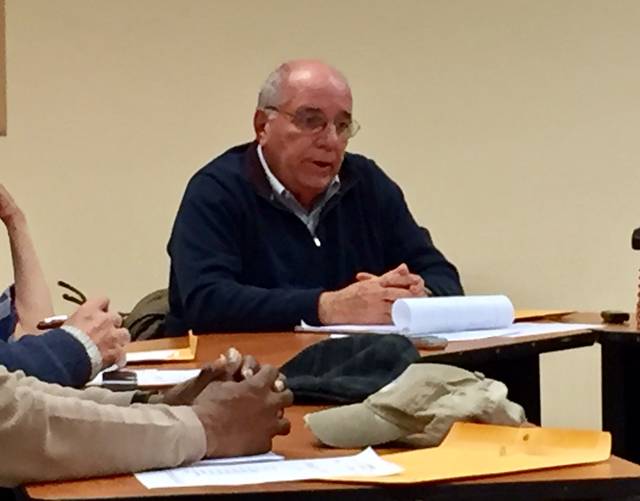 The Harlan City Council discussed the new rates for the city’s contribution to state retirement funds during a meeting on Monday.

“The board of trustees for the Kentucky Retirement System met last week, and they have published the new rates for retirement effective July 1, 2018,” Guyn said. “We are currently paying 19.8 percent. We got a 46.25 percent increase. That number will go to 28.05 percent.”

“We don’t have it,” Howard stated.

Guyn explained cities with bigger payrolls will see an even larger increase.

Guyn said he has heard from several people in other cities who are trying to figure out where the money to pay for the increase will come from.

“There is no way the smaller cities can afford to do this,” Howard said. “We might have to test the system and say ‘sorry, we’re not going to do this.’ We can’t do it.”

Guyn told the council he will share all information he receives from other cities concerning the issue.

“This is going to be devastating,” Guyn said. “In my opinion, there’s not a city in eastern Kentucky that can afford it.”

Howard said the city has already made all possible financial cuts.

Holiday crafts from the forest