Bears roll past Garrard in scrimmage 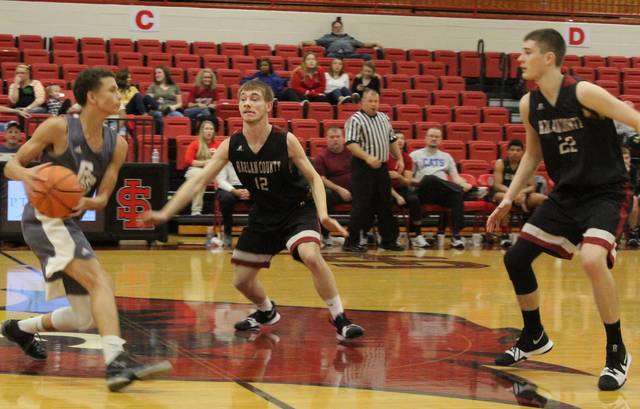 LONDON — Harlan County led all the way Saturday in its final tuneup before the start of the regular season, rolling past Garrard County 76-57 on Saturday in the G.J. Smith Showcase at South Laurel High School.

Nolan opened the scrimmage with a 3-pointer and added two more baskets and two free throws as HCHS raced to an 11-2 lead. Pace and Patrick Bynum each hit 3-pointers as the lead reached double digits. Baskets by Creech and Tyler Cole pushed the advantage to 24-11 after one period.

Baskets by Nolan, Pace, Lamar Burkhart and Bynum sparked a 14-4 run capped by Taylor Spurlock’s 3-pointer for a 38-16 lead with 2:53 to play in the second quarter. Garrard cut the deficit to 41-25 by halftime as the Bears struggled to take care of the basketball down the stretch.

Lamar Burkhart opened the third quarter with a basket, then Price and Nolan followed with field goals before Pace’s 3-pointer pushed the HCHS lead to 21. Price had four baskets in the quarter, answering several scores by Garrard to keep the Bears in control. Burkhart and Creech scored late in the the period as HCHS maintained a 60-42 advantage going into the final period.

Garrard rallied in the fourth quarter, getting as close as nine as the Bears went through a cold stretch. Four straight free throws by Pace put Harlan County back in control and Creech and Cole scored late in a 12-2 run to close the scrimmage.