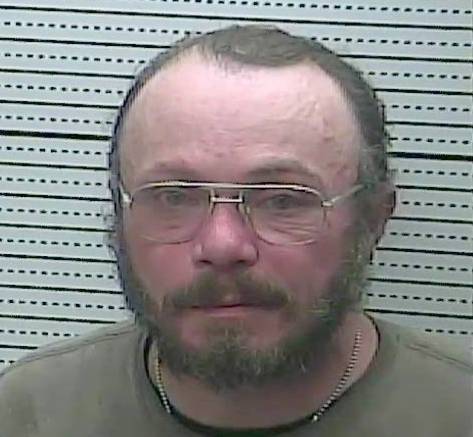 A Harlan man was recently sentenced to a total of five years in prison in Harlan Circuit Court for multiple charges, including possession of methamphetamine.

The grand jury handed down a five-count indictment on Nov. 7, 2016. The indictment stems from Lewis’ arrest by Harlan City Police Sgt. Jeff Owens on Feb. 18, 2016.

The citation issued at the time of the arrest states police received a tip that Lewis was making methamphetamine. Police performed a knock and talk, and Lewis gave permission for a search the residence.

The indictment states Lewis was in possession of methamphetamine, gabapentin and drug paraphernalia on Feb. 18, 2016.

Owens presented evidence to the grand jury resulting in the indictment.

Hendrickson sentenced Lewis to a total of five years in prison and remanded him into custody to begin his sentence.

In other court activity, Denver Simpson, 39, of Wallins, was ordered to begin serving an 18-month sentence after his probation was revoked.

According to the order revoking probation, Simpson was granted probation after entering pleas of guilty to two counts of second-degree trafficking a controlled substance. He failed to abide by the terms and conditions of his probation by failing to report to his probation officer on his scheduled report date and failing to report a change of address. Simpson also failed a drug test and admitted to using methamphetamine, did not complete treatment for substance abuse and failed to make payments for court-ordered restitution.

Hendrickson ordered Simpson’s probation revoked on Nov. 15 and remanded him into custody to begin his sentence.

FRANKFORT (AP) — Kentucky’s Republican governor says he is not satisfied with the fallout from a sexual harassment scandal in... read more