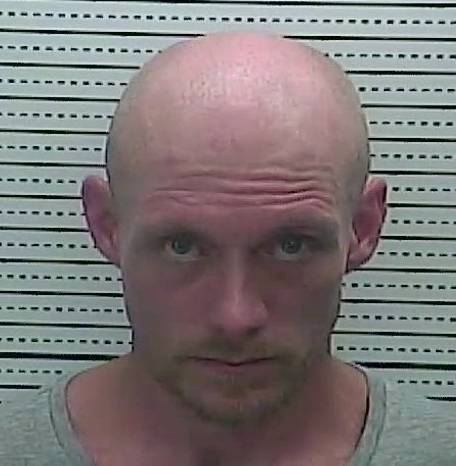 An Evarts man was sentenced to a total of six years in prison in Harlan Circuit Court recently.

The indictment, handed down by the grand jury on April 6, 2015, Wynn was in possession of various stolen items and medication valued at over $500.

The indictment stems from Wynn’s Dec. 2014 arrest by Abner.

According to the citation issued at the time of the arrest, Abner received a theft complaint stating medication and Christmas presents for a nine-year-old boy had been taken. Abner pulled over a vehicle in which Wynn was traveling. Multiple pills and stolen items from the person who had filed the complaint’s home were located.

The judgment order states Wynn entered a plea of guilty in Harlan Circuit Court on Nov. 1, and was sentenced on Nov. 15.

Hendrickson sentenced Wynn to a total of six years.

In other court activity, Jeremiah Bustle, 33, of Bledsoe, was sentenced to a total of 10 years in prison for second-degree trafficking a controlled substance and first-degree persistent felony offender. Bustle was granted probation on the sentence for a period of five years, to be supervised through the Office of Probation and Parole. He was additionally ordered to pay restitution in the amount of $125 and enroll in and successfully complete a 12-month long substance abuse treatment program at an approved and documented residential recovery facility as soon as a bed becomes available.