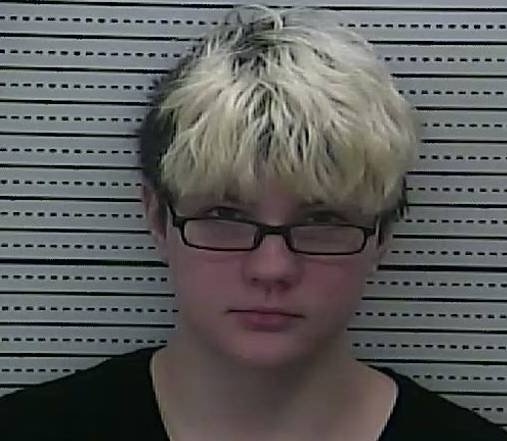 A Bledsoe teen is facing an assault charge after allegedly pulling a knife and cutting a school bus monitor after becoming involved in an altercation at a school bus stop.

According to the citation, Scearse was involved in a physical altercation between her mother and her uncle. Scearse pulled a knife during the altercation, and the school bus monitor was cut on the left hand. The altercation occurred at the bus stop where Scearse lives with her father. The uncle was the only person allowed to pick her up, and the mother had been to the school in an attempt to pick up Scearse, but was refused. The bus driver was instructed to not allow Scearse to go with anyone other than the uncle. The mother was attempting to take possession of Scearse at the bus stop when the altercation occurred.

Scearse was charged with second-degree assault and lodged in the Harlan County Detention Center.

• Joseph Ferrell, 37, of Coldiron, was arrested on an indictment warrant by Loyall City Police Chief Mike Lunsford on Wednesday.

According to the one-count indictment handed down by the grand jury on May 23, 2016, Ferrell was in possession of hydrocodone on Dec. 10, 2015.

Lunsford presented evidence to the grand jury resulting in the indictment.

Ferrell was indicted for first-degree possession of a controlled substance and lodged in the Harlan County Detention Center on a $2,500 full cash bond;

• James H. Brock, 51, of Harlan, was arrested on Tuesday by Harlan County Sheriff’s Deputy Philip Ely. Brock was charged with fraudulent use of a credit card under $10,000 and lodged in the Harlan County Detention Center.