Let’s give every child a strong start 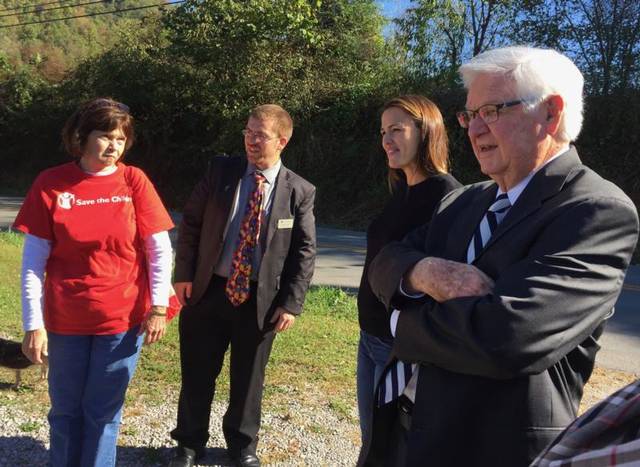 Children represent the poorest age group in America. According to data released in September by the U.S. Census Bureau, more than 13.2 million children were living in poverty in 2016. That means, in the world’s most developed nation, one out of every three people living in poverty is a child.

These kids are put at an unfair disadvantage compared to their more well off peers when it comes to education. For example, by age 4, children in poverty are as much as 18 months behind in development as other children.

That’s why we’re grateful for programs working in Kentucky to help give all kids, especially those from low-income families, a strong start in life.

Save the Children began its work in the United States in Kentucky communities in 1932, providing support to schoolchildren during the Great Depression. Today, the organization has a presence in 41 Kentucky communities, serving nearly 18,000 children every year.

In October, we joined actress and Save the Children Trustee Jennifer Garner and Kentucky Senate President Robert Stivers in Clay County to visit successful early learning programs in rural Eastern Kentucky and discuss local children’s challenges at a community meeting.

During our visit, we met with Kelsey and Austin, the parents of 16-month-old Ryker, a participant in Save the Children’s Early Steps to School Success Program. This critical program assists babies and young children with language, equips parents with the skills and knowledge needed to be the first and best teacher for their child, and develops strong connections between home and school.

Kelsey and Austin described their excitement for Ryker’s future and spoke of their desire to give him the best start in life – and feel like they can with the help of Early Steps. They are eager to learn more about how they can help prepare Ryker for a successful start to kindergarten.

We were encouraged by these parents’ willingness to help their child succeed, and are working to make sure all children have the support they need to be successful.

Most of a child’s brain is developed by the time they are 5 years old, so it’s critical that all kids in the U.S. have access to high-quality early learning programs and childcare, which are key tools in breaking the cycle of poverty.

Our group also visited Manchester Elementary School, where many students receive free tutoring through 21 st Century Community Learning Centers-funded after-school literacy programs. As a result, a growing number of students are achieving distinguished or proficient ratings for literacy, like the little girl who proudly spoke with us about how she earned 100 percent on nearly all of her quizzes this year, and plans to continue that streak during the rest of the school year.

Save the Children works in eight counties across Kentucky, and serves nearly 2,200 children in Clay County alone. Visiting the organization’s critical programs was an incredible opportunity to remind ourselves of what we know to be true – early childhood education transforms lives, especially for children living in poverty.

And while that is enough reason to provide further support, our economy also benefits from early childhood programs. In fact, Nobel Prize-winning economist and University of Chicago professor James Heckman’s most recent research shows that high-quality early-childhood programs for disadvantaged children more than pay for themselves, and can provide a 13 percent return on investment per year, per child.

All kids deserve an equal chance to succeed. That’s why there is tremendous value in both federal and state investments in early learning and care programs.

Rep. Hal Rogers represents the Fifth District of Kentucky. Mark Shriver is Save the Children’s Senior Vice President of U.S. Programs and Advocacy.