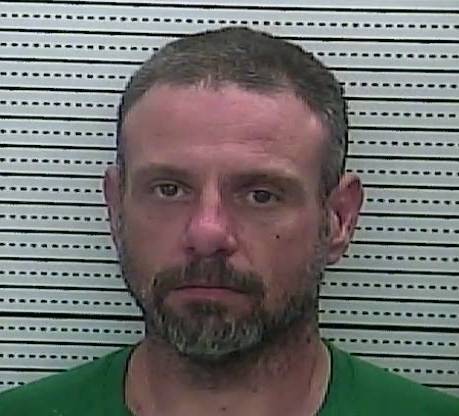 A Harlan man is facing charges including tampering with evidence after police allegedly saw him throw a pill bottle into some bushes.

According to the citation, KSP Trooper Rob Farley observed Cornett screaming and cursing with a female, Jamela Gross, on Skidmore Street. Farley attempted to stop the pair, and Cornett began walking away and threw a small white plastic pill bottle into the bushes. Farley was off duty, but identified himself and upon getting them to stop determined they had been in a physical domestic incident, with Gross visibly injured. The pill bottle was recovered and was determined to contain multiple yellow pills. Wilson responded to the scene and took Cornett into custody. Cornett told police Gross was beaten up when she showed up at his room. He also told police the pills were Xanax and he did not throw the bottle. Cornett had blood on him, and stated it was Gross’s blood which she threw on him. Cornett appeared to be under the influence, and stated he recognized Farley.

Cornett was charged with tampering with physical evidence, fourth-degree assault, third-degree possession of a controlled substance, public intoxication and second-degree disorderly conduct. He was additionally served with an arrest warrant obtained by KSP Trooper Kenny Abner for fourth-degree assault.

Gross was arrested by Wilson on an unrelated indictment warrant. She was indicted for intimidating participant in the legal process and third-degree terroristic threatening. She was lodged in the Harlan County Detention Center.

In other police activity, Haley Leann Lawson, 20, of Cranks, was arrested by Harlan County Sheriff’s Deputy Hunter Marcum on Saturday.

According to the citation, police located methamphetamine in a pill fob Lawson had on her person.

Lawson was charged with first-degree possession of a controlled substance and lodged in the Harlan County Detention Center on a $1,500 full cash bond.