Caring for veteransA privilege and a duty 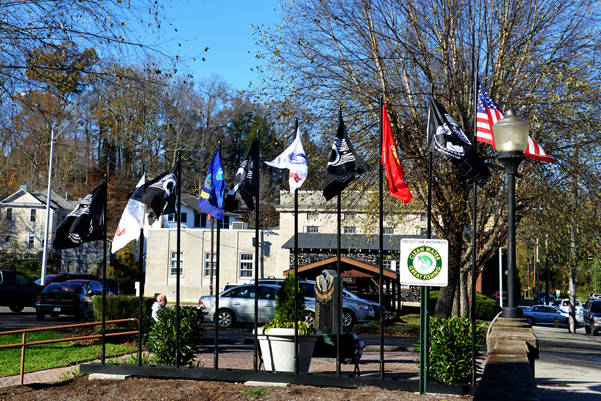 THE CONVERSATION — Veterans Day had its start as Armistice Day, marking the end of World War I hostilities. The holiday serves as an occasion to both honor those who have served in our armed forces and to ask whether we, as a nation, are doing right by them.

In recent years, that question has been directed most urgently at Veterans Affairs hospitals. Some critics are even calling for the dismantling of the whole huge system of hospitals and outpatient clinics.

President Obama signed a US $16 billion bill to reduce wait times in 2014 to do things like hire more medical staff and open more facilities. And while progress has been made, much remains to be done. The system needs to improve access and timeliness of care, reduce often challenging bureaucratic hurdles and pay more attention to what front-line clinicians need to perform their duties well. There is no question that the VA health care system has to change, and it already has begun this process.

Over the past 25 years, I have been a medical student, chief resident, research fellow and practicing physician at four different VA hospitals. My research has led me to spend time in more than a dozen additional VA medical centers.

I know how VA hospitals work, and often have a hard time recognizing them as portrayed in today’s political and media environment. My experience is that the VA hospitals I know provide high-quality, compassionate care.

I don’t think most people have any sense of the size and scope of the VA system. Its 168 medical centers and more than one thousand outpatient clinics and other facilities serve almost nine million veterans a year, making it the largest integrated health care system in the country.

And many Americans may not know the role VA hospitals play in medical education. Two out of three medical doctors in practice in the U.S. today received some part of their training at a VA hospital.

The reason dates to the end of World War II. The VA faced a physician shortage, as almost 16 million Americans returned from war, many needing health care.

At the same time, many doctors returned from World War II and needed to complete their residency training. The VA and the nation’s medical schools thus became partners. In fact, the VA is the largest provider of health care training in the country, which increases the likelihood that trainees will consider working for the VA once they finish.

The VA network specializes in the treatment of such war-related problems as post-traumatic stress disorder and suicide prevention. It has, for example, pioneered the integration of primary care with mental health.

Many veterans live in rural parts of the U.S., are of advanced age and have chronic medical conditions that make travel challenging. So the VA is a national leader in telemedicine, with notable success in mental health care.

The VA’s research programs have made major breakthroughs in areas such as cardiac care, prosthetics and infection prevention.

I can vouch for the VA’s nationwide electronic medical records system, which for many years was at the cutting edge.

A case in point: Several years ago a veteran, in the middle of a cross-country trip, was driving through Michigan when he began feeling sick. Within minutes of his arrival at our VA hospital, we were able to access his records from a VA medical center over a thousand miles away, learn that he had a history of Addison disease, a rare condition, and provide prompt treatment.

I am therefore not surprised that the studies that have compared VA with non-VA care have found that the VA is, overall, as good as or better than the private sector. In fact, a recently published systematic review of 69 studies performed by RAND investigators concluded: “…the available data indicate overall comparable health care quality in VA facilities compared to non-VA facilities with regard to safety and effectiveness.”

The most remarkable aspect of VA hospitals, though, is the patient population, the men and women who have sacrificed for their country. They have a common bond. A patient explained it this way:

“The VA is different because everyone has done something similar, whether you were in World War II or Korea or Nam, like me. You’re not thrown into a pot with other people, which would happen at another kind of hospital.”

The people who work at VA hospitals have a special attitude toward their patients. It takes the form of respect and gratitude, of empathy, of a level of caring that is nothing short of love. You can see it in the extra services provided for patients who are often alone in the world, or too far from home to be visited.

Take a familiar scene: a medical student taking a patient for a walk or wheelchair ride on the hospital grounds. It is common for nurses to say “our veteran” when discussing a patient’s care with me.

Volunteers and chaplains rotate through VA hospitals on a regular basis, to a degree unknown in most community hospitals. The social work department is also more active. The patients are not always so patient, but these visitors persevere. “They’re a good bunch of people,” one veteran said of the staff. “I know because I’m irritable most of the time and they all get along with me.”

Physicians everywhere are under heavy pressure these days, in part because of the increase in the number of complex patients they care for. Yet I have spent hours observing doctors in VA hospitals around the country as they sit with patients, inquiring about their families and their military service, treating the veterans with respect and without haste.

Earlier this year, I cared for a veteran in his 50s, a house painter, whom we diagnosed with cancer that had metastasized widely. We offered him chemotherapy, which could have given him an extra few months, but he chose hospice. He told me he wanted to go home to be with his wife and play the guitar. One of the songs he wanted to sing was “Knocking on Heaven’s Door.”

I was deeply moved. I liked and admired the man, and I was disturbed that we had been unable to save him. My medical student had the same feelings. Before the patient left, the student told me, “He shook my hand, looked me in the eyes, and said, ‘Thanks for being a warrior for me.’”

(The Conversation is an independent and nonprofit source of news, analysis and commentary from academic experts.).