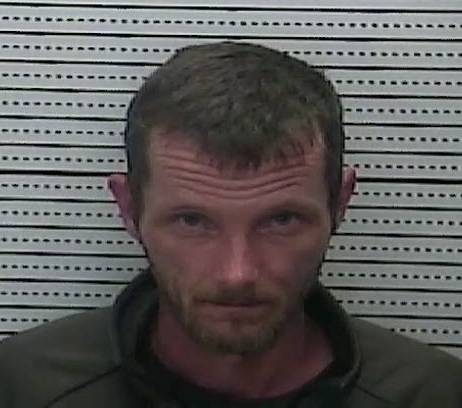 A Grays Knob man is facing indictment after allegedly being found in possession of methamphetamine in May.

The indictment stems from Philpot’s arrest by Harlan County Sheriff’s Deputy Dakota Torstrick on May 13.

Torstrick presented evidence to the grand jury resulting in the indictment.

Philpot was lodged in the Harlan County Detention Center on a $2,500 unsecured bond.

In other police activity, Scott Wynn, 43, of Evarts, was arrested by Evarts City Police Officer Joseph Jones on Thursday.

According to the citation, Wynn was on an ATV stuck on railroad tracks when Jones approached him. When Jones approached, Wynn began acting erratic and attempted to flee by backing out onto KY 38. Jones pulled his vehicle around to block Wynn. Wynn then struck the cruiser as he went around it, leading police on a short chase resulting in the ATV flipping. Wynn refused a blood test after being read implied consent.

Wynn was lodged in the Harlan County Detention Center.