The dark side of disability 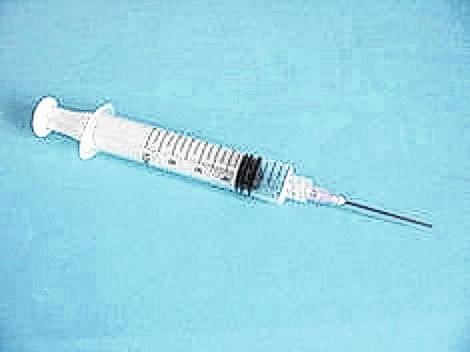 (Editor’s note: This is the second in a series on Kentucky disabilities)

The abuse of opioid painkillers is at an all-time high throughout the state, but does the blame truly lie solely on the abusers themselves? Many would argue that some of the responsibility must be taken by disability benefit programs, which require their recipients to be actively prescribed to a pain-killing medication.

A startling report conducted by Kentucky’s Disability Determination Services (DDS) revealed what many already reluctantly knew to be true: the state has experienced an unprecedented increase in disability recipients in recent years. According to the study, 11.2 percent of Kentuckians were receiving various forms of disability benefits in 2015, with Bell County coming in at a shocking 18.4 percent and Harlan County with an even higher percentage of 18.91. These numbers rank the state as the second highest in disability recipients in the country, which Kentucky has failed to fall below since 2002.

Most agree that these numbers indicate a massive problem regarding system abuse, meaning those who are fully capable of holding a full-time job are choosing, instead, to rely on government assistance. This may very well be the case, and if so, something must be done to begin steering the country back on the right track.

While the majority of government leaders — including Gov. Matt Bevin, who recently established the Kentucky Work Matters Task Force — believe the solution lies solely in creating new laws and regulations to prevent system abuse, that fails to solve the true issue at hand and would only create more complications down the road. A long-term resolution lies in examining the cause behind the discouraging rise in government dependence — which could be linked to the nation’s failure to keep the minimum wage up with inflation levels — and working together to make the situation better for both the country and its citizens.

Regardless, the extreme rise in opioid abuse is not only present among those capable of working, but those who are truly worthy of the benefits as well. In fact, two separate studies revealed that 43 to 45 percent of chronic pain patients were diagnosed with substance abuse disorder.

One Harlan County man, who chooses to remain anonymous, has a story that many who have experienced substance abuse first-hand know all too well. After working diligently in the coal mines for over a decade, he was critically injured in a incident which left him unable to provide for himself or his family any longer. After undergoing a major surgery on his back, he attempted to return to work, only to find it nearly impossible to carry out daily tasks in his condition.

He had no choice but to turn to the government for help, as he was a well-deserving candidate for their disability benefit program. However, the system refuses eligibility to anyone who isn’t being prescribed a pain medication because they see that as a way to distinguish the truly disabled from those simply expecting a handout.

This man, like many others in his situation, had feared addiction and planned to cope with his pain without the use of a major pain medication, but upon being denied his rightful benefits, he felt forced to begin taking OxyContin, which later spiraled into a full-blown addiction.

“This was never my intention at all. I only wanted a way to provide for my family after being left unable to continue working, but I ended up with an addiction far worse than I ever imagined myself having,” the anonymous abuser said.

When OxyContin first hit the market in the 1990s their company, Perdue Pharma, vigorously advertised the medication to both doctors and patients as being a harmless 12-hour pain relief. Years later, it was revealed that the company had been aware for decades that the medication did not truly provide 12-hour pain relief. This resulted in many having to take more than their recommended dose in order to maintain the low level of pain they had become accustomed to, which birthed countless abuse problems across the country.

“When messing with those areas of the brain that are involved in addiction, you are undoubtedly going to get the person dependent on it,” said neuroscientist and physician Peter Przekop, who firmly believes that withdrawals from the medication are likely to raise the risk of abuse.